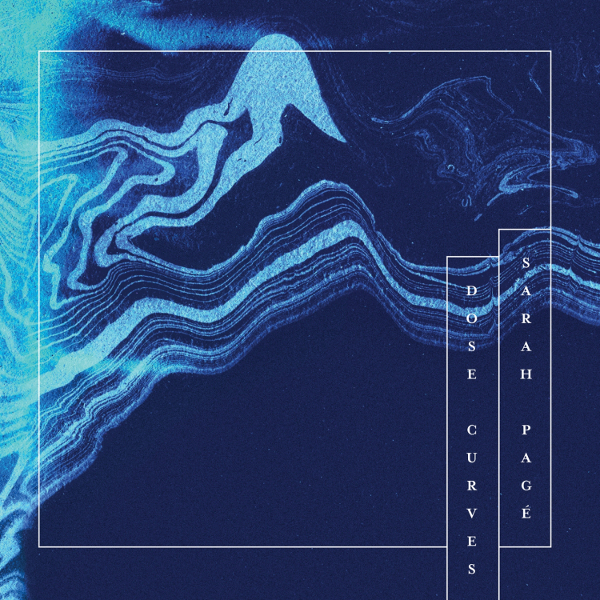 When “Dose Curves” starts, a listener would probably never guess that the sounds are being made by a harp. Under a sheen of reverb, there seems to be a bowed string, so the first thought is of a cello, though in all honesty, very few listeners are likely to come to the album not knowing that Sarah Pagé is a harpist. The title track of Dose Curves features the technique of bowing harp strings, augmented by a variety of effects devices, creating a shimmery cloud of sounds given an edge by occasional scraping noises. The result is beautiful but not without a dark side, like a calm interlude in a suspenseful movie, where there’s a palpable sense that something bad is lurking just ahead. A smooth transition leads into “Stasis,” where plucked harp strings become apparent, though the tones break up with distortion at times. Pagé shortly delves into a really unusual technique that might be called “slide harp,” like slide guitar but using the slide on harp strings. This adds a touch of microtonal flavor to the instrument and is yet another sound that is unlike anything I’ve ever heard from a harp. The other tracks mostly feature plucking and effects, without the unusual techniques employed on the first two tracks. Shifting shimmery tones fade in and out, sometimes with audible beginnings, sometimes coming out of the void, and I’m reminded a little of the meditative autoharp of Laraaji, though Sarah Pagé has more of a focus on experimentation than on introspective moods. The album finishes with “Pleiades,” a 14-minute exploration of space that builds slowly over its first ten minutes, with rhythms a bit reminiscent of a kora, but then a distorted part comes in (possibly bowed), adding a weight to the sound that leads into an apocalyptic finale where it sounds like the harp is being attacked by a swarm of hornets. Dose Curves is a fascinating exploration of the possibilities of the harp, and an enjoyable listening experience as well.

Various Artists - Seven Days of a Life – This compilation has obviously been real late in the making, as all of the tracks were recorded between 1989 and 1991. While the concept of this album is explained in greater detail in the CD booklet,...  (1994) » Read more