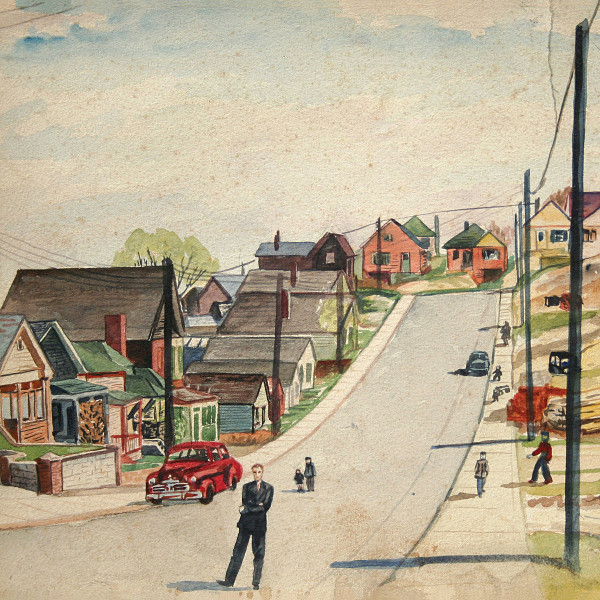 To start out with, I’ll just say that The Tubular West is an extraordinary album which constantly inspires in me the kind of musical confusion that I thrive on. Coming at it from the standpoint of being completely unfamiliar with Samuel Andreyev, I can’t say I had any expectations, so I took it in track by track, gradually assembling a picture of what the artist is about. Or not. That’s the thing with this album — it’s such an original combination of sounds that it’s challenging to get a handle on. It starts with “Showbox Shuffle A,” which features multiple versions of Andreyev’s voice in a complex arrangement that reminded me of Gentle Giant if Kerry Minnear had handled all the singing. That short track gives way to “Pluto’s Matches,” which starts with what sounds like a medieval organ and bassoon, then morphs into a kind a pop tune with piano and electric bass backing a really acrobatic vocal melody, almost like a really artsy Broadway tune (Sondheim in a mood to challenge singers). Later the vocal line is doubled by a recorder, further complicating matters. Towards the end of the song, the piano goes kind of nuts with offbeat clusters and kitten-on-the-keys craziness. The next track features an eerie mood with a flute melody and dissonant backing chords that could be from the soundtrack of an old spy movie. And then there’s a bouncy circus-like backing for a rather tortured sounding violin or viola. The album continues with similar variety from the challenging arrangements, changing tempos and moods between the tracks and sometimes within them. A number of the intriguing sounds were created by instruments designed by collaborators Olivier and Léo Maurel, and the frequent use of recorders lends a hint of Gryphon, though the context is rather different. At times I’m reminded of Cédric Vuille’s music with L'Ensemble Rayé, though this is a bit more serious. Still, this is an impressive album, with interesting twists that reward repeated listening, and it has a distinctive personality. This is electro-acoustic chamber music for adventurous listeners who don’t feel the need to respect barriers.