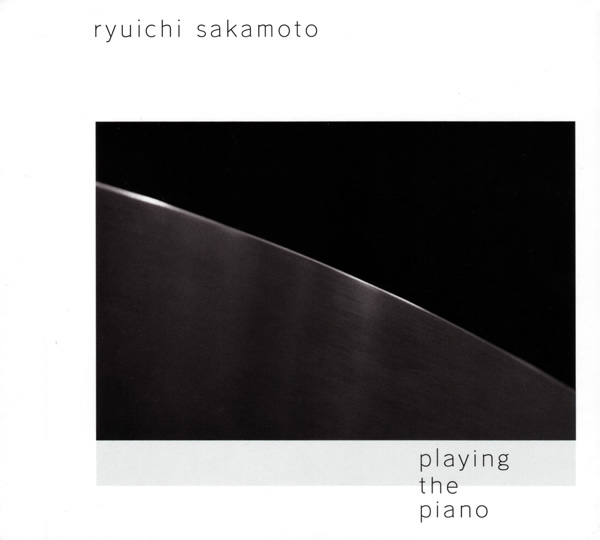 Some thirty-five years ago Japanese rock music was still an unknown subject, the only exception being percussionist Stomu Yamash’ta. Then came the Yellow Magic Orchestra, which marked the beginning of a peaceful invasion: today groups and composers from the Land of the Rising Sun are commonplace. Ryuichi Sakamoto, YMO founder and keyboardist, is still one of the most interesting composers from that country. Japanese artists, as everybody knows, have always been sensible to European culture. Sakamoto is too, but a strong Japanese flavor can always be perceived in his works. This is confirmed by his new CD, the deluxe version of which includes Out of Noise, his previous CD, which had not been circulated outside Japan. The Japanese composer’s discography includes several CDs which are released by his own label, Commmons (three M’s – no mistake), but are hard to find outside Japan. Playing the Piano is a collection of old tracks in piano solo versions, including “The Sheltering Sky” and world-renowned “Merry Christmas Mr Lawrence” (also known as “Forbidden Colours,” the title of David Sylvian’s sung version). The second CD, Out of Noise, is more experimental. It was conceived as part of a live performance that could only be purchased through iTunes. The twelve instrumental tracks range from experimentalism (“Tama”) to minimalism (“Hibari”). The final piece, “Composition 0919,” reaches atonality. “In the Red” is a dream-like electronic piece where voices and sounds melt with piano. “Hwit” and “Still Life” take us back to the soundtrack Sakamoto.