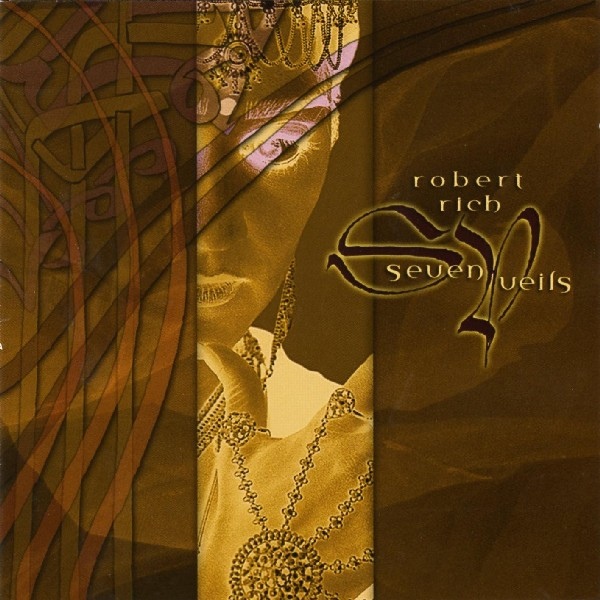 Rich is a soundcrafter who has released a number of excellent CDs, but Seven Veils is perhaps his strongest yet. It is evident that this is an evolutionary descendant of his early Hearts of Space albums, Rainforest, Gaudi, Propagation, and his collaborations with Steve Roach, Strata and Soma. It portrays his rhythmic side, a lush array of sounds, spellbinding rhythms and exotic microtonal scales. The focus on Seven Veils is the Middle East — visions of hot deserts, whirling dervishes, and Arabian nights. Rich has gathered some impressive guests to accompany him on this hour-long sonic trek into Islamic mysticism; guitarist David Torn plays on two tracks, Hans Christian plays cello on two, and Forrest Fang adds a great violin solo to Rich’s flutes and drums on “Talisman of Touch.” Torn is a strong addition to any musical project, but he seems particularly inspired here. On the ten-minute “Alhambra,” he takes a long and inventive solo over a strong rhythm, wringing out all kinds of tones from his guitar, ably supported by Andrew McGowan’s bass. He also plays on part two of the three-part “Book of Ecstasy,” “Hungry Moon,” with another signature moment, fading into the mystical “Veiled Oasis” with Christian’s cellos and Rich’s flute. As we move into the second half of the CD we are treated to more of Rich’s wide array of instrumentation, definitely reminiscent of Propagation and Gaudi, with soaring steel guitar and a gradually increasing percussive presence on “Ibn Sina.” “Dissolve” does, stretching into another horizon accompanied by Mark Forry’s Balkan kaval. “Lapis” is the album’s final gem, another long ten-minute piece with flutes and cello. Rich has a number of musical strengths, but what impresses me is his ability to combine complexity and immediacy into warm vapors of sound, a concoction that pleases on both highly objective and strongly emotional levels. Five stars, this one is a masterpiece.