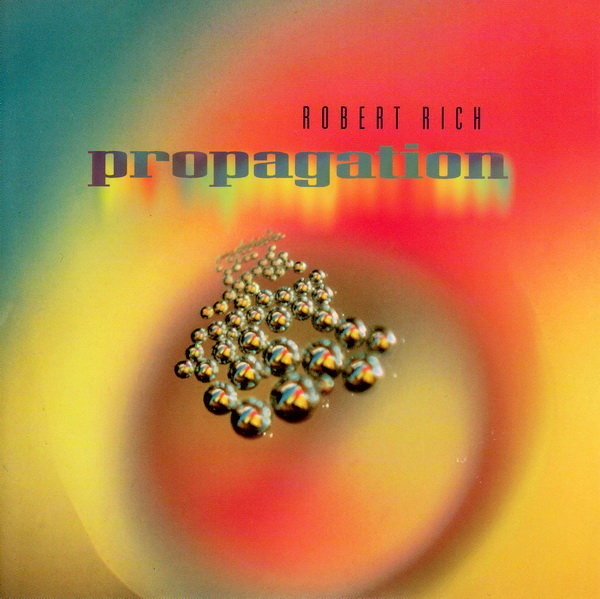 Rich is one of the more interesting of the "electronic" artists, his music is as much organic as it is synthesized. With a very wide array of flutes of different origins, and the occasional use of the pedal steel guitar, Rich has come up with his own rich and lush version of trance music, a very unique world that evokes different textures for every album and is unclassifiable. After the tropical wetness of Rainforest, the mystical structures of Gaudi, and the misty odor of Soma, Rich's new one attempts to weave a new tale from our "primordial" memories. In fact, its Rich's collaboration with Steve Roach that has influenced this album the most; Propagation is much like Strata or Soma. The atmospheres are thick and luxuriant, with a tribal/shamanic tone that remains an underlying theme throughout Rich's Hearts of Space career. The swirling synths, many of them created on Proteus/EMU modules, remind one of much of the early analog stuff, and with the environmental sounds, long drones on bamboo flutes, and an appearance by fellow sonic artist Forrest Fang, the overall sound is deep and extremely layered. After a while (several years now) the tribal drums are now getting to be a bit of an overused factor in new electronic music; I have yet to see "Dreamtime Return" by Roach topped in this area, and in my opinion, Rich's music works better on the long ambient drones like "Guilin" that have none or few drums. In summary, this is a deep and sonorous release by a musician of singular intent and vision, and another solid album. Is anybody ready to turn the next page?