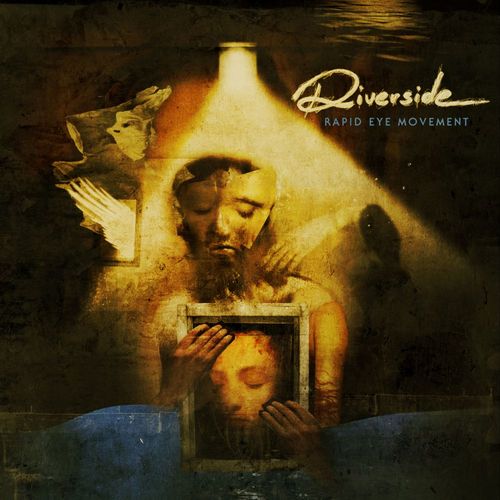 Riverside's new one consolidates their position at the forefront of Polish prog bands and convincingly encapsulates what makes this quartet so effective, with few of the hamstrings that can weigh down modern prog metal. Rapid Eye Movement finishes off the "Reality Dream" trilogy, which won't win any award for conceptual originality, plus I find Mariusz Duda's lyrics functional at best, though this doesn't stand in the way of what this collection has to offer. He may not have much to say, but it's how he says it that makes Duda's vocals work, mixing raw-throated, and visceral power with plaintive fragility. At times, as on "Rainbow Box," the band sounds like Steven Wilson fronting Dream Theatre, though I find the prog metal side of Riverside the least interesting. They're capable of much more than crunchy riffing and speedy unisons and this is where the band excels. For the most part, the album tips into the realm of modern prog with an edge pioneered by Porcupine Tree and Tool. The band are playing at their best with nice power trio work from Duda, guitarist Piotr Grudzinski, and drummer Piotr Kozieradzki. Michal Lapaj's keyboards are largely atmospheric, and put to good effect on songs like "Schizophrenic Prayer." Occasionally the music even slips into acoustics, as seen on "Through the Other Side" and "Embryonic," which reveals a side of the band that could stand a lot more exposure. With this album cycle put to rest I'll be very interested to see where Riverside goes from here.