We were greatly saddened to learn of the March 7 death of English guitarist Peter Banks, one of the founding members of Yes and an inspiration to many musicians who followed. He was still working up until the time of his passing, and he will be sorely missed. 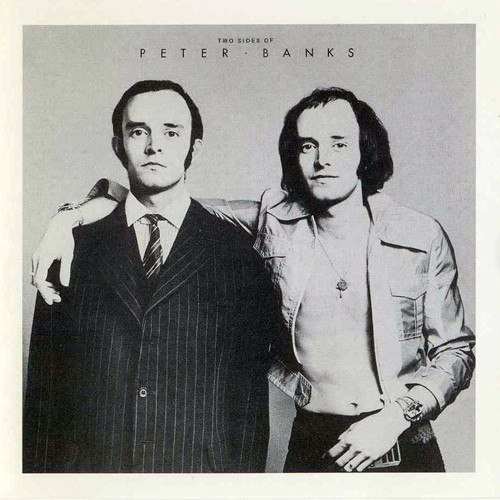 After doing some outstanding work on the first two Yes albums, Banks was replaced by Steve Howe, but did not remain silent for long. The albums he produced with his new band, Flash, are highly regarded for their innovative blend of creativity and accessibility — and some hot guitar playing.

Agitation Free - Malesch – Agitation Free was a most unique German band in the early seventies, in that their sound was heavily influenced by Turkish and Arabic themes, although never more so than on this, their first, from...  (1994) » Read more

Peter Hammill - Clutch – You can count on the words to be insightful, sometimes bitter, and never trivial. The music always seems to serve the words, not the other way round. With many songwriters, you find lyrics that only...  (2003) » Read more

Coral Caves - Voice from a Distance – Musea’s next entrant into the world of New Age music is this release by Japanese keyboard player Toshiyuki Fujita. This one slots squarely into the space between Yanni, Kitaro, and Rick Wakeman,...  (2002) » Read more

Mind over Matter - Under the Stars – Klaus Hoffman-Hoock is one of my favorite guitarist/synthesists, and this series of live recordings does little to dispel that perception. Recording either as Cosmic Hoffman or Mind over Matter,...  (2001) » Read more

Stelvio Cipriani (with Goblin) - Solamente Nero – Funk bass lines, analog synth lines, weird effects, and campy horror movies, no one knows how to mix them like Goblin. The soundtrack of Solamente Nero finally released (like I knew it all along) yet...  (1997) » Read more