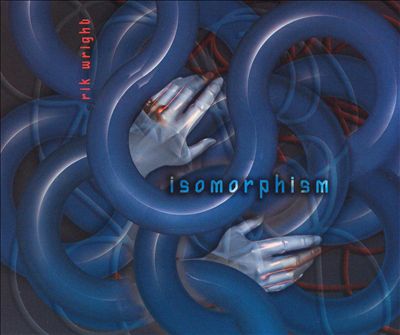 Rik Wright is one third of Seattle’s Jackhammer Trio, and in this solo outing he is joined by various players in a decidedly jazzy context. Cohorts along for the ride include saxophonist Dan Blunck who contributes to most tracks as the other melodic voice. The mood is unsettled to begin since the lead track, “Minor You (Prelude)” evokes Mingus with a looped backing and a dreamy hesitant air. In stark contrast, “Chaos Theory” is exactly what you’d assume it would be: a free jazz altercation in the middle of fat city. All players go simultaneously in all directions and then a lapse in tempo occurs; it’s brief but to the point. On “Incidental Blues” the group leader gets a chance to solo in a style reminiscent of CTI-era George Benson while trumpet player Tony Grasso carries the other voice in conversation. Track four relies on an echoey looped guitar (ala Fripp style) as a suitable introduction into a mysterious ballad somewhat lost in an aural haze. The longest track of the eight on the disc is “Some Assembly Required,” which features some firey playing as the ensemble goes all out in a more forward direction, propelled by Randy Doak’s drumming. The album’s closing piece features drummer Simon Grant’s only contribution and is the best pastoral style ballad on the disc, a calming resolution to the vagueness up to this point.