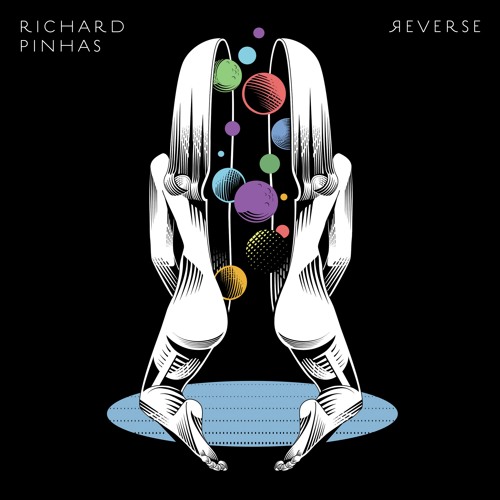 Richard Pinhas is no stranger to us here at Exposé. He has a very long musical career and at the ripe old age of 65 he continues to push the musical boundaries both as a solo artist and in collaboration with other like-minded artists. Depending on how you view his discography, Reverse looks to be his 13th solo album. The four long dark experimental tracks can on first impression be intimidating. But once you immerse yourself, you can easily get lost inside the drones and shifting harmonic interactions. Pinhas and Oren Ambarchi (guitars and drones) initially recorded the material together in Paris. Then they threw out everything but their own parts and began searching for the “right parts.” Not any drummer but “the” drummer, not any bassist but “the” bassist, etc. They eventually enlisted Arthur Narcy (drums), Florian Tatar (bass), Masami Akita AKA Merzbow (analog synths), Richard’s son Duncan Nilson-Pinhas (digital synths), and William Winant (percussion). When listening to these four pieces, most of the sound sources are unrecognizable, except for the percussion. The interacting elements add dynamic interest. Perhaps the strongest of the four tracks is “Dronz 3 - Nefesh” with its short wave radio sound bites, growling guitars, and drones that remind me of Rieg’s 1980 electronic masterpiece Source. Originally Reverse was intended to be Pinhas’ last album. But the cleansing process of composing Reverse has ensured that there will be more Pinhas releases in the years to come.