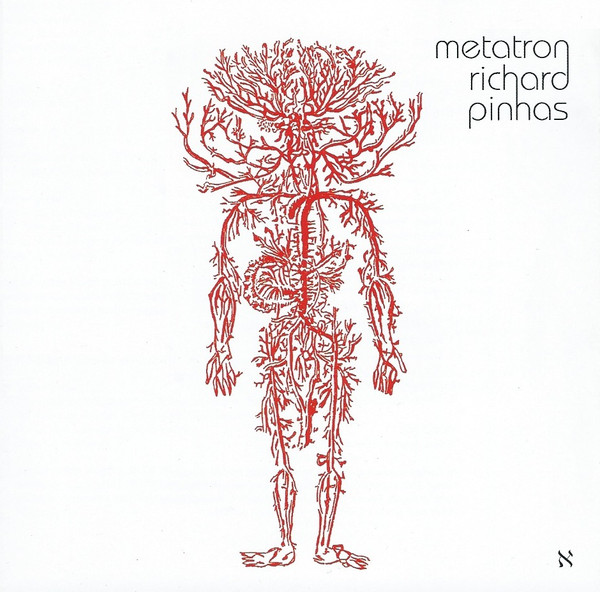 Whirling, twirling, swirling electronics. That is exactly what you hear from the opening track “Tikkun” on Richard Pinhas’ newest double CD release. Actually “Tikkun” is presented in four parts, three on the CD and one as a video at the end of CD1. On viewing the video it is obvious that Richard is performing his unique form of Frippertronics. Very laid back and calculated music. Many of the tracks are quiet and not the energetic music of his youth and Heldon. Richard is joined at various times by Antoine Paganotti (drums), Patrick Gauthier (minimoog), Alain Renaud (guitar), Chuck Oken, Jr. (synths), Philipe Simon (violin), Didier Batard (‘splendid bass’), and Jerome Schmidt (laptop & loops). In addition, Richard mixes in spoken word recordings from authors William S. Burroughs, Philip K. Dick, and Maurice Dantec to add new layers of complexity to the music. It is refreshing to see that with age, Richard Pinhas continues to chart new musical territory while remaining creative. Metatron is a concept album based on the Kabala (Jewish mysticism), yet you can forget that and just immerse yourself in the music for pure enjoyment. For me, this is Pinhas’ most accessible release.