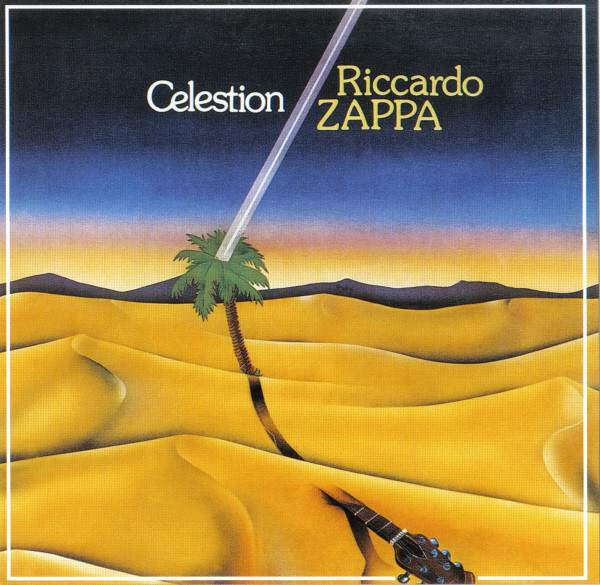 Zappa is a composer and guitarist who released a string of about nine mostly instrumental albums between 1977 and 1990. Celestion was the first, and is also the first to get the digital treatment. His style on Celestion is firmly rooted in classical, with many passages performed entirely solo, or as a duo / trio with himself. He is joined by four other musicians on the ensemble pieces: keyboards, bass, drums, and a percussionist. The eleven minute opener "Frammenti" illustrates it all, beginning as solo, bringing additional guitar voices in, and then finally the full band, into theme and variation, his style of both composition and playing is very accomplished. Stylistically, one might be reminded of some of the material on Anthony Phillips' Antiques album, or maybe Paul Brett's Interlife. Similarly, on "Mirage," he starts with a simple structure, building into a main theme using multi-guitar arrangements, then slowly building it into a full band piece. On "Tre e Quattro Quarti," he plays solo classical with flanger and delays, Diethelm / Famulari style, through the first half of the song, then turns the electricity on and starts to rock. In all, over its five pieces, this is a compelling album — simple yet developed, ornate but substantive, one that all fans of the guitar should have in their collection.