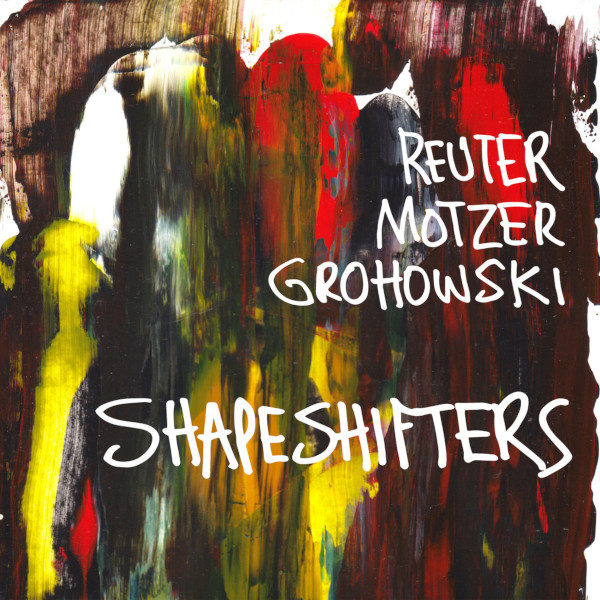 Next up in Markus Reuter’s current crop of releases, we have Shapeshifters, an improvisational trio with Tim Motzer and Kenny Grohowski. The trio presents a free-wheeling set of four tracks ranging from a bit under nine minutes to over 20, with a wide range of moods and intensity levels. Reuter’s playing should need no introduction — his Touch Guitar work spans ambient washes of shimmering tones, growling bass lines, and lead lines both clean and mangled. If you’ve heard any of the Stick Men improvisations or his Casa Murada collaborations with Mark Wingfield, you’ll have an idea what to expect. Kenny Grohowski is a drummer perhaps best known for being in Brand X on some of their recent tours, but he’s got a resumé that includes John Zorn, Secret Chiefs 3, Rez Abbasi, and more. I haven’t previously heard him in such a free setting, but he does a great job of using his kit imaginatively, coming up with creative grooves when called for or veering off into waves of sound without tempo. Tim Motzer is to me a mostly unknown quantity. I haven’t heard his previous collaborations with Reuter, Descending (2010) and Rapture (2018), though I have heard him on David Sylvian’s Sleepwalkers. With two players capable of making “guitar-like” sounds, both of whom are fond of tone modification and processing, it’s going to be a challenge to work out which of them is making which sounds (if you’re inclined to want to do that). There are sections built up from ambient washes of sound, where odd echoing noises will come and go, sometimes coalescing into rhythmic patterns, sometimes not. There are some great parts where Reuter concentrates on providing a low end, working with Grohowski to get downright heavy, though they avoid strict repetition for the most part. Every track has fascinating phases it goes through, with never a dull moment. The only challenge is the length — for my money, these three are capable of jamming for 20 minutes and not wearing out their welcome. Obviously, listeners looking for compositions and hummable melodies will be disappointed, but if you like any of the other largely improvised Moonjune releases of recent years (Lighthouse, The Stone House, and so on), odds are good you’ll like this one too.