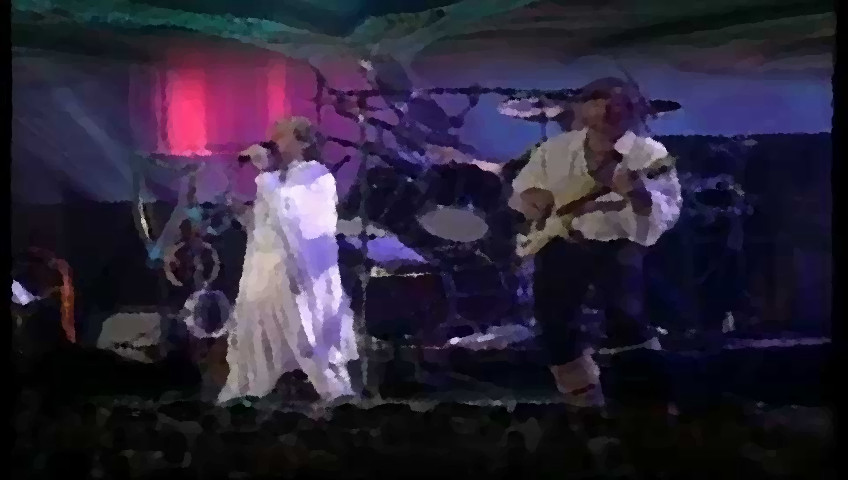 By now most of you in the progressive rock community have heard about the reunion of the classic Yes line-up. In an attempt to revitalize interest in the band, three live shows were played and recorded in San Luis Obispo in early March to a combination of die-hard fans, band family, and associates. You may ask yourself what this event has to do with the state of progressive rock in 1996. In my opinion: plenty! They came, they saw, they played complex music and it was damn good.

One of Yes' objectives was to rediscover the classic 70s band identity by playing only older tracks created between 1970-1978. They dug deep into the treasure trove of their catalog and even presented a few new arrangements of older tunes. The real jewel of the shows was from Tales from Topographic Oceans: "The Revealing Science of God." The pinnacle of pretentiousness? Nope: just an elaborate piece of the progressive puzzle which was a controversial accomplishment for this line-up. Another startling choice was a rendition of their rocking cover of Paul Simon's "America." Here Steve Howe got his chance to show he still has the chops for an extended guitar workout. The complete Close to the Edge album, one of the all-time progressive masterworks, was also given special treatment – not perfectly played, but well performed and reasonable proof they could still pull it off. Also there was heavy emphasis given to Going for the One. Half of this album was presented including the classic track, "Turn of the Century."

The rhythm section was clearly enjoying themselves; the overall band energy level was high. Howe and Wakeman appeared to be slightly subdued during portions of the show, but kicked it into gear later on. Negatives in the shows were few. They were clearly under-rehearsed and not quite in sync with playing these older pieces according to the standards they had once set for themselves. There were also the typical recording bungles: Anderson coming in too early on a couple of songs, plus he forgot lyrics as well.

Summary: Was this a prelude to revisiting a renaissance age by digging up the weary bones of the Jurassic period? Unclear... yet since we will have to wait and see when the live album comes out with the four new studio tracks. There’s nearly no industry support from major labels right now (except possibly the Atlantic label), but sales of a new album could regenerate interest. The band is also planning to go back into the studio to complete another new album before commencing a tour. This will be the one sure-fire indicator of some water left in the creative well, since challenging arrangements were Yes' strength. So don't cross your fingers or hope for a sudden resurgence of a bygone era. Instead, patiently wait and see.