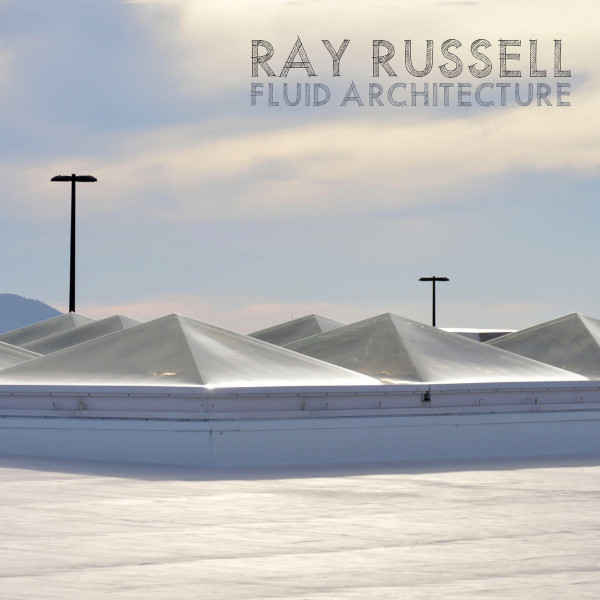 While Ray Russell’s name may not be a household word, the British guitarist has more than earmed his stripes over the decades as a composer, session player, band leader, producer of film music and commercial jingles, and much more. Starting with his jazz quartet in the late 60s, he quickly becamwe a go-to session player for some of the best jazz band leasers in Britain, including Bob Downes, Michael Gibbs, Bill Fay, Harry Beckett, and many others, all along the way continuing to release his own music. By the mid 70s he was deep into the film soundtrack field, along with rock sessions for artists as diverse as Hudson and Ford, Tina Turner, Lulu, and many others. Over five-plus decades, there isn’t a lot that Ray Russell hasn’t done, and he continues to release amazing music under his own name, though with all of his (no doubt) more lucrative work, his solo releases have taken a back seat in more recent years, Fluid Architecture being his first since 2015’s The Celestial Squid with Henry Kaiser. On the nine instrumental tracks herein, Russell teams up with a number of superb session players including keyboardist Jim Watson, woodwind player Chris Biscoe, bassist George Baldwin, and drummer Simon Phillips, among many others, although each piece seems to feature different players, and some — like the beautiful acoustic number “One for Geoff” — are purely solo endeavors. The raunchy distorted tones that feature at the beginning of opener “Escaping the Six-String Cage” quickly give way to more dreamy textures, and as the piece proceeds over its near ten-minute duration, there are numerous shifts in style and decorum making it one of the bright spots of the set. Several of the tunes (this one included) seem more improvised than composed, yet the changes along the way seem to be telepathic, with the whole group changing directions together. The follow-up “Turn Right at Ventura” bears a more tightly composed feel, with all the aforementioned players contributing. The gritty, funky jazz-rock number “We Go Back a Short Way” makes for a fun romp through the wilds with some brilliant six-string soloing along the way. “Six In – Six Out” is another brilliant and unusual composed piece that offers some of the wildest soloing anywhere in the set, including some beautiful clarinet work from Biscoe. All taken, Fluid Architecture is a great set that should engage adventurous listeners everywhere.