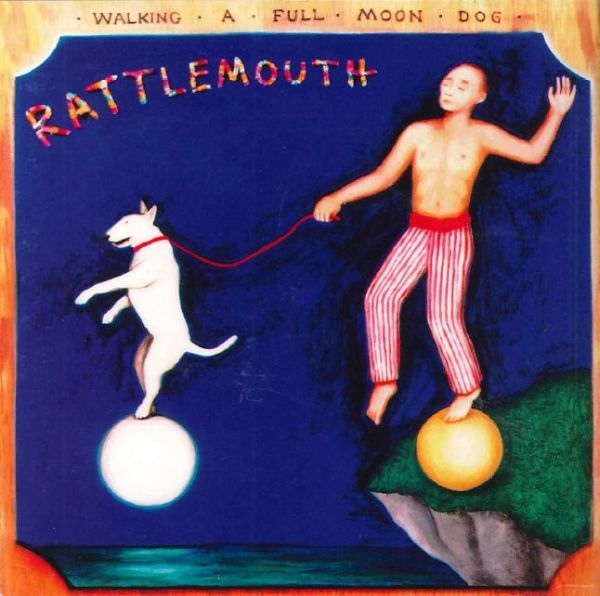 The Rattlemouth recipe: Take elements of European and Middle Eastern folk music, neo-classical, jazz, rock and a lot more, mix 'em all up, and play them back with an agressive four-piece lineup featuring guitars, bass, drums, and saxes. Needless to say, their music is extremely contagious, very defined and melodic, but still has that angular and slightly abrasive guitar-driven edge. Their compositions incorporate many of the same elements as East-European bands like Solaris: powerful melodies and counterpoint, solid rhythms, and rapid changes, yet rather than filtering it through lush symphonics, they give it a more tactical and direct treatment that could probably best be described as art-punk. When the vocals (featured only on about a quarter of the tracks) come in, one might be reminded (a little) of David Byrne (Talking Heads) or Devo with an attitude. Both Rebby Sharp (guitars, vocals) and Danny Finney (sax, vocals) were formerly members of the Orthotonics, a Richmond, Va. based band whose two albums are highly regarded. Any way you look at it, Walking a Full Moon Dog is fresh and exciting music that smokes, rocks loud and drives hard. An outstanding first release that is vying for a reservation on my best-of-1996 list.