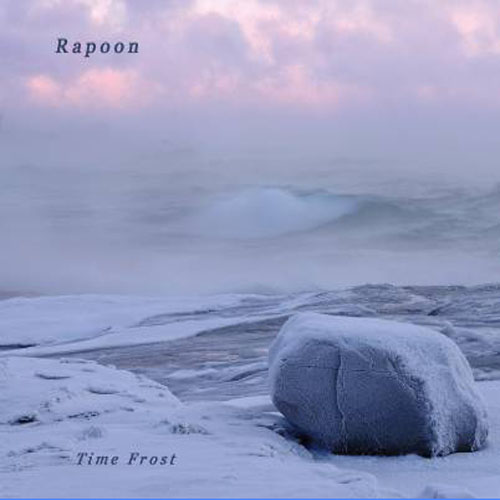 Glacial movements indeed. On this release (as on many before), Rapoon (a.k.a. Robin Storey) creates atmospheric minimalist musical landscapes that pass the drone test, although on this particular one the result is a little too "active" to be considered "floating ambient," the overall tone this time being cold, icy, and frozen. This in keeping with the title and the imagery on the beautiful digipak, which looks like some kind of Antarctic landscape. On the first track one immediately hears some crackling sounds in the background. In fact the theme of the disc is a new ice age which could envelop Europe (due to global warming, of course), quoting the liner "...an imaginary recording of the mutational process of sound locked into ice and transformed over millennia, like ghosts of music trapped in an evershifting permafrost." To accomplish this, Storey sampled a 1968 vinyl recording of Strauss' "Blue Danube," processing it into numerous cells and loops which conspire to create the textural fabric of what is heard here, repeating and slowly evolving slowly throughout the five pieces — the first four are radio-manageable samples of five to six minutes duration, whereas the fifth is "Ice Whispers," a vast expanse lasting well over half an hour. Those crackling sounds from the scratches and distortions in the vinyl tend to make Time Frost a little more abrasive and industrial than it could have been, but overall it's still a very compelling journey.