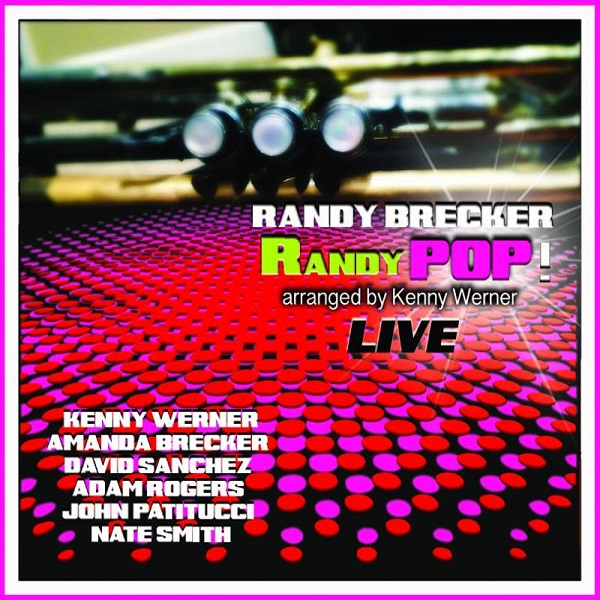 It’s pretty much impossible to comprehend the number of albums that trumpeter Randy Brecker has appeared on. Discogs.com lists well over 700 credits for “Instruments & Performance,” and that list is surely incomplete – last time I checked, this album wasn’t listed, for example. It seems that any time a rock, pop, or R&B artist needed a horn section, Brecker was there, often along with his late brother Michael on sax. Lou Reed’s Berlin, Aerosmith’s Get Your Wings, Parliament’s Mothership Connection, Blue Öyster Cult’s Agents of Fortune… the list is near endless. As a kind of career retrospective, Brecker presents a live set of tunes by other artists, all united by the fact that he played trumpet on the original recording. The list includes Donald Fagen, Todd Rundgren, James Brown, Paul Simon, Bruce Springsteen, and many more, all treated to new arrangements, some of which stay pretty close to the originals, some of which stray pretty far. Aside from the choice of material, the main thing that sets this recording apart from any ordinary mainstream jazz set is the playing of Brecker himself. His solos are outstanding, and he often takes advantage of effects on his tone. This is something he started experimenting with back in the 70s, and it’s nice to see he hasn’t gone soft on us like so many innovators of the era. The other bright spot on RandyPop! is the guitar of Adam Rogers, which ventures into eyebrow-raising territory with some really outside playing and some crazy effects, providing a welcome respite from what is often very safe territory. Brecker introduces the songs with anecdotes about the original sessions. Jazz purists might object to the electronics and edgy guitar, but for me, they save this recording from becoming soporific easy-listening pablum.