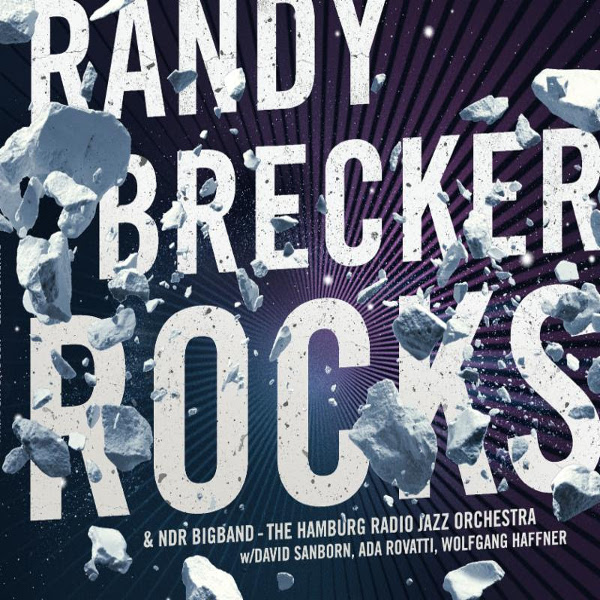 A couple of years ago I reviewed RandyPop! which was a live collection that served to highlight the wide range of pop artists whose records have featured Randy Brecker’s trumpet. With Rocks, we get another type of live career retrospective, this time covering Brecker’s own music. This energetic set with the NDR Bigband and Hamburg Radio Jazz Orchestra showcases Randy Brecker compositions from the funky Brecker Brothers albums, along with one from a previous solo album. Anyone familiar with the Brecker Brothers Band albums of the 70s knows that they had a distinctly funky take on the fusion of jazz and rock, creating music that was supremely tight rhythmically, very catchy, and not at all prone to some of the other qualities that 70s fusion is known for, like odd meters. With Brecker into his 70s, Rocks is manifest proof that he’s not slowing down with age. The NDR Bigband is stellar as always, with arranger Jörg Achim Keller’s work capturing the tunes very well, expanding to a full ensemble pieces that were originally done with much smaller groups. Right out of the gate, with “First Tune of the Set,” guitarist Bruno Muller gets to shine, with some crazy distorted lines, and Vladyslav Sendecki’s synthesizer solo is stellar as well. Former Passport drummer Wolfgang Haffner is at the kit, and David Sanborn contributes alto to three tracks. The high-energy-funk vibe is broken up by tracks that venture into latin rhythms (“Adina”) or more ballad-like moods (the great “Pastoral,” which features a nifty three-bass-clarinet section). Brecker himself, of course, gets solo spots on all tracks — it’s his album after all. Whether on trumpet or flugelhorn, he is spot on, with the confidence of a long career full of superb playing. Rocks could well function as a big band jazz album for people who don’t like big band jazz, and only the stuffiest traditionalist should have anything to complain about. If you’re at all interested in this great trumpeter, Rocks provides a great introduction to his work, but by all means seek out the Brecker Brothers Band albums of the 70s once you’ve digested this.