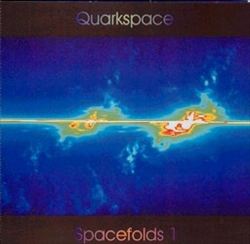 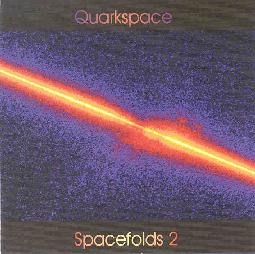 While the material on Quarkspace's CD release (see review in issue #11) has more of a song focus, these tapes feature the band's more improvisational and spacy side. All of the material on both Spacefolds tapes is derived from extracts out of hundreds of hours of purely instrumental space explorations by this Ohio based five-piece. In general, with Spacefolds 1, their approach is not of the driving rock type, but rather a more spaced and trippy free-form style, that sort of half-dream state dual guitar propelled sound that one might find on early albums of Amon Düül 2, or the Grateful Dead around the time of their second or third album. A swirling maelstrom of psychedelic guitars, bass and keys, with solos floating in and out of view. The percussive element is varied throughout, which keeps the output interesting over the duration. On Spacefolds 2, there is a slightly more prominent role for keyboards and synths in the schema of their improvisational style. Also, they dabble with sampled voice elements and a dancier beat on one track. In all, these are two outstanding collections, and in some ways the material here might equal or even surpasses that on their disc. Apparently the band plans for Spacefolds to be a quarterly series. Definitely should be of interest to enlightened space travelers, to whom I can recommend these highly.