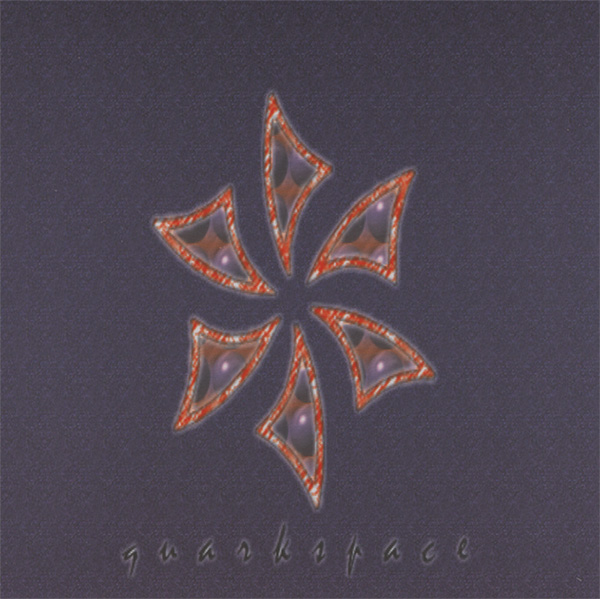 Quarkspace was one of six bands who performed at Eclectic Electric Event in Louisville this year, a four-piece from Ohio, with guests. Their sound is based around a loosely structured and rhythmic psychedelic style, with swirling guitars and effects, and multi-layered percussion driving many of the tunes. At times one might be reminded of something Amon Düül II might have come up with in the Carnival - Vive la Trance period, intentionally deviant, non-conformist and a little sloppy on the production end, with dual guitars soloing through vocal passages, vocals buried under the backing instrumental tracks, effects going off everywhere. Many of the tunes are built on skeletal piano structures, with guitars (sometimes two and three) building contrast and diversion; synths are often used to create a light ceiling of sound which hovers over most of the album's fourteen tracks. The slightly out of sync, slightly out of tune vocal harmonies are the band's distinct trademark, but they do take a little getting used to, and may initially put the listener off as sloppiness or amateurism. This is a band that clearly has their own goals and ideas about sound and production, and won't let any established norms get in the way. It's a solid first effort, albeit unconventional.