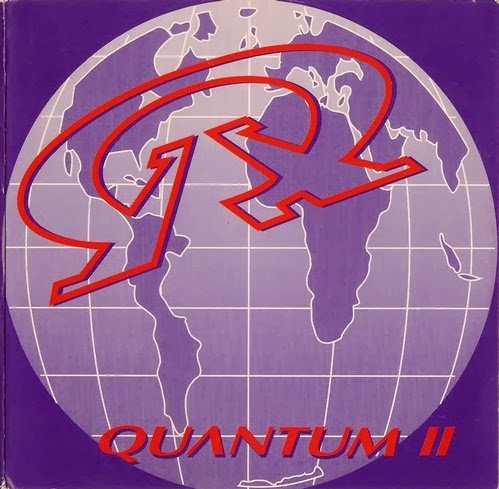 Anyone remember the Brazilian band Quantum? They had an outstanding self-titled album released around '82, an instrumental blend of euro-progressive symphonics laced with tight jazz fusion elements (see our review of the CD reissue in Exposé #1). Well... you can forget all that. This reformation includes only two members of the original lineup: Fernando "The Crow" Costa and Reynaldo Rana Jr., both on keyboards, and both firmly in control of the band's new sound, which has taken a more accessible turn, calling to mind ELP, Kalaban, and occasionally Asia, as vocalist Luiz Seman frequently reminds of John Wetton or Greg Lake, leaving no doubt where their influences lie. The rhythm section is no match for Carl Palmer in his prime, though, and tends to plod along rather simplistically at times. That said, there is still some excellent material here, and also a few stinkers. The three instrumentals "Forbidden Tracks," "Parsecs," and "Anthem of the Unknown" — essentially an organ solo leading into the vocal number "Same Old Road" — as well as the album closer, "Purple Gates of Sleep," all are generally strong tracks with some great moments. "Cool Wind" and "The Sword," on the other hand, are both rather commercial, the former being downright poppy during the vocal sections. Still, if you're into that big-sound keyboard driven prog-rock with a nod to the bands mentioned, there is much here to recommend that I'm sure many would enjoy.