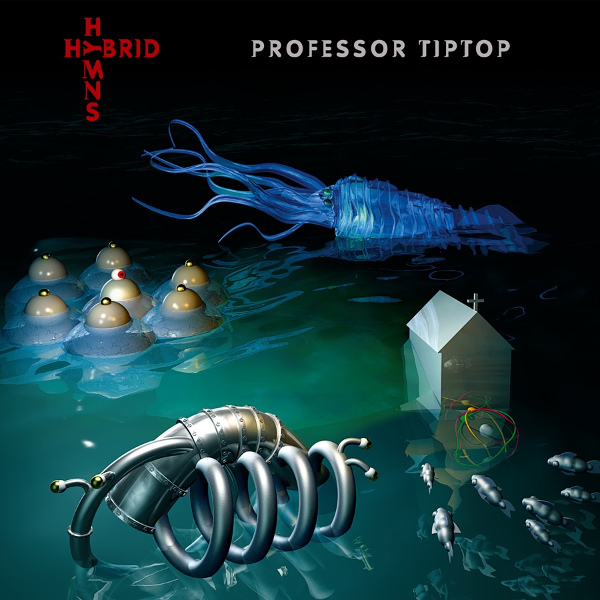 Hybrid Hymns finds Professor Tip Top very much in the same vein as their previous album, 2017’s Life Is No Matter. The Camel-meets-Floyd sound is intact for twelve tracks of lush, melodic music full of classic keyboard sounds. In this case, a lack of change is not a lack of quality — they’re good at what they do, and they do it well. They keep their songs short and to the point, with only one ranging over six minutes in length. I’m also intrigued by the cover art. Their 2012 album Aoum featured a metallic thing shaped kind of like a hallucigenia or some other Cambrian creature; Exobiology (2014) featured a strange sphere with seven protrusions, one of which had an eye; Life Is No Matter included the sphere and added a squid and some equations; Hybrid Hymns reprises all of the previous elements except the equations and adds a church, some bug-eyed fish, and a multicolored swirly thing I can’t identify. I suppose this is of little consequence to the music, but I like the thematic and stylistic coherence. The songs often have scientific overtones, touching on topics of technology, though not in a forced or silly way. This is a lovely record which deserves a hearing by fans of melodic and symphonic rock everywhere.

You Don't Have to Be Naked to Face the Truth