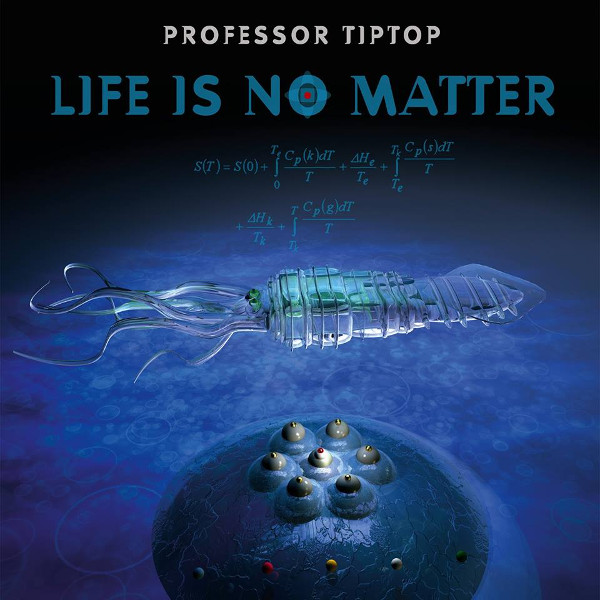 This band from Bergen has been together since 2011, and Life Is No Matter, their fourth album, is the first I’ve heard of them. Their music is a highly melodic take on Camel’s semi-progressive rock with a hefty dose of Pink Floyd style space rock stirred in. Something like Breathless crossed with Wish You Were Here. There are also hints of 60s psychedelia popping up along the way. And Mellotrons. As such, the music isn’t especially dense or complex, but what it lacks in edginess it more than makes up with great melodies and clever arrangements. The two men responsible for the composition are singer Svein Magnar Hansen, who writes the lyrics, and guitarist Sam Fossbakk, who writes the music and covers the keyboards as well. In some ways, it could be said that the keyboards actually dominate the sound, with an arsenal of vintage sounds including the previously mentioned Mellotron and various synths made by Moog, ARP, and EMS. When he plays guitar leads, Fossbakk has a bluesy feeling that heightens the Pink Floyd connection. There are a couple of times where we hear “Echoes” style seagull sounds, first in the instrumental opening track, then later in “Fog in the Morning,” which ends with a synth part reminiscent of “On the Run” with the seagull wails on top. That’s a really nice touch. Hansen’s voice is breathy and delicate, and is often multi-tracked in a way similar to Camel’s lushest vocal harmonies. The rhythm section consists of Stein Høgseth (bass) and Charles Wise (drums), and while their playing is quite solid and sensitive to the needs of the arrangements, given the prominence of Fossbakk and Hansen’s contributions, you hardly notice the bass and drums. For those who favor the melodic side of progressive rock and aren’t yet aware of Professor Tip Top, I can’t think of a better alternative to revisiting the old Camel albums.

The Mother Hips - Kiss the Crystal Flake – The Mother Hips have been kicking around the Bay Area for at least a decade, having a half-dozen or so releases to date, though this is their first in a few years. Their stock in trade is great...  (2008) » Read more