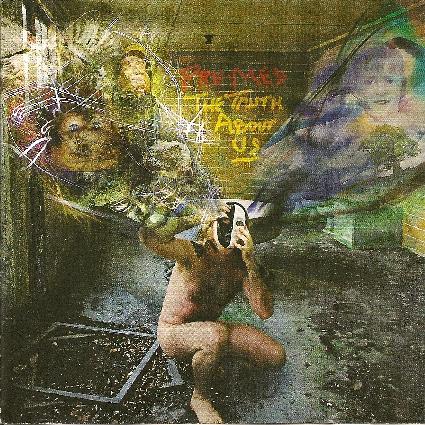 Pre-Med is a space rock band that formed in 2004 by Danny Faulkner and Hawkwind’s bassist Alan Davey. The Truth about Us is their second release and it features the talents of Eamon O’Neill (guitars), Danny (vocals, drums, and keyboards), and Alan (bass guitar, keyboards, and rhythm guitar). Guest musicians include Danny’s brother Martin (lyricist), Hawkwind’s Jason Stuart (piano and lead synth), and Steve Leigh (lead synth). What a killer album! The Truth about Us is jam packed with lush swirling synths, hypnotic instrumentals, and classic Hawkwind-like ballads that remind me of Warrior at the Edge of Time. In fact, Pre-Med includes a cover of Dave Brock’s eerie “The Demented Man” from that same album, breathing new life and energy into the song. The whole disc is a melodic version of this classic space rock band, and may actually surpass the master! There are no weak tracks on this disc and The Truth about Us is truly one of the best new releases I have heard in the past year. I highly recommend this CD to all past, present, and future Hawkwind fans.