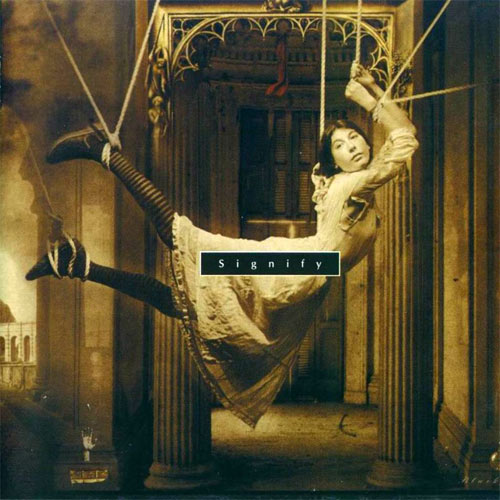 On their latest release, Signify, Porcupine Tree continues to consolidate and refine the approach used on their previous release, The Sky Moves Sideways. While Sky was essentially a one-man show by multi-instrumentalist Stephen Wilson (guitars, vocals, samples, keys), this latest album represents more of a group effort. Wilson receives able backing by Richard Barbieri (ex-Japan, Raintree Crow), Colin Edwin (bass), and Chris Maitland (drums). The result is a more immediate, concise sound that distances the band from its reputation as a Floyd-derived space-rock band. The difference is apparent at the outset, with the hard-driving riffing of the title track. From there, the album alternates between atmospheric synthesized instrumentals, semi-acoustic vocal songs, and more killer riffing with Gilmour-like guitar solos. Many of the pieces are punctuated with distant-sounding spoken parts (the audio-verite effect of radio broadcasts pops up now and then), giving continuity to the impressive flow of ideas and styles. The shorter pieces and greater variety of styles makes this a more immediately likable album than Sky, though I would definitely recommend that album as well (see #8 for a Roundtable review). Porcupine Tree occupies a well-traveled but welcome subgenre in the field of modern progressive rock. Both challenging and accessible at the same time, this album is sure to win over some new fans.