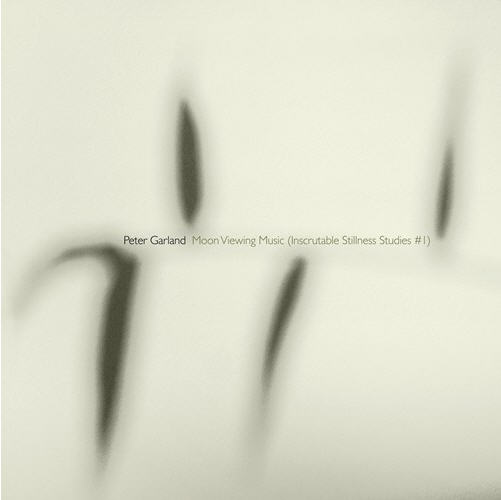 We reviewed Garland’s Cold Blue release String Quartets (2009) and his contribution to the compilation Cold Blue Two, but in fact he has numerous other releases on a half-dozen other labels as well. He is one of those composers that you never know what to expect from; his music goes in many different directions and every release is a welcome surprise. For the release under review here, Moon Viewing Music is the perfect title, and truly offers the six pieces a reach and purpose that eschews any confusion regarding its intent. The performer is percussionist William Winant, with 14 recorded collaborations and over 200 appearances on recordings throughout the years, one could say he’s high on the who’s-who list of avant-garde percussionists. Here he is equipped with a tam-tam drum and three gongs tuned to very deep, low sounds, though with a tonal and harmonic relationship to one another. The three gongs are featured in a very sparse and ambient way, each gentle strike is allowed plenty of time to decay completely before another is begun, and are sometimes seemingly in a random rhythmic pattern, yet the procession of tones is slow and minimalist, making for for a perfect ambient backdrop. The first two pieces, “Living Alone in the Woods” and “Even More So,” only feature two gongs, the third is brought in for “Only the Moon” and the remaining three movements. The tam-tam is used intermittently to convey a subtle sense of light, shadow, and intensity as the six movements proceed. One would be surprised how many sounds can be found with three gongs and a drum. Yes, this isn’t any kind of conventional music, but a more expansive exploration of the lowest registers of sound, though done with a sense of purpose, referring back to its title. The 34 minutes go by fairly quickly, then it’s time to hit the repeat button, because once a listener gets comfortable in this soundworld, you’ll want it to go on forever.