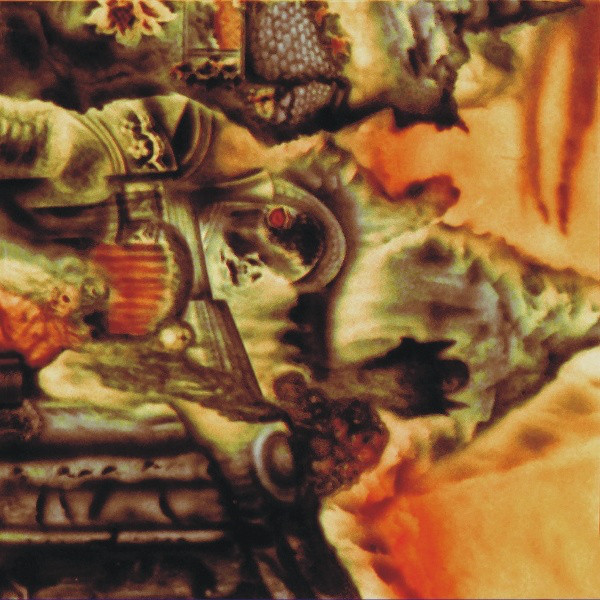 Released originally as a cassette on Dark Star International in 1986, before ending up on Auricle, this 1983-recorded album is something of a lost classic. I've always thought this was at least as good as any of Frohmader's albums in the 80s and the sonic upgrade it gets on its CDR release (now in its second printing of 20 copies) just makes this even more apparent. This isn't Berlin school electronic or ambient music — it does seem to incorporate electroacoustic / avant garde language, and like a lot of Frohmader's music the Magma influence is still here. Most importantly this is extremely rich, colorful music with an analog depth to its atmospheres you wouldn't expect from the year it was recorded in. It consists of two side-long tracks and it travels through an incredible amount of territory with a really wide range of colors and tones, which makes it continually fascinating during the listen as it constantly transitions from mood to mood, always strange and spooky but never fully abstract. Without the tape hiss it's even more apparent how full and thick all the synthesizing is, how balanced it is between experimentation and enough melodic content to keep one engaged. Overall it's something of a shame this has never gotten wider attention, although this often tends to be true with cassette-original releases. But if ever there was an album reissued on CDR that is worth your attention, especially as it could disappear one day, this is it.

Funkadelic - Early album reissues – Funkadelic’s self-titled debut album from 1970 shows the band in search of a style. There are still remnants of the 60s soul of their background, essentially expanding a kind of...  (2003) » Read more