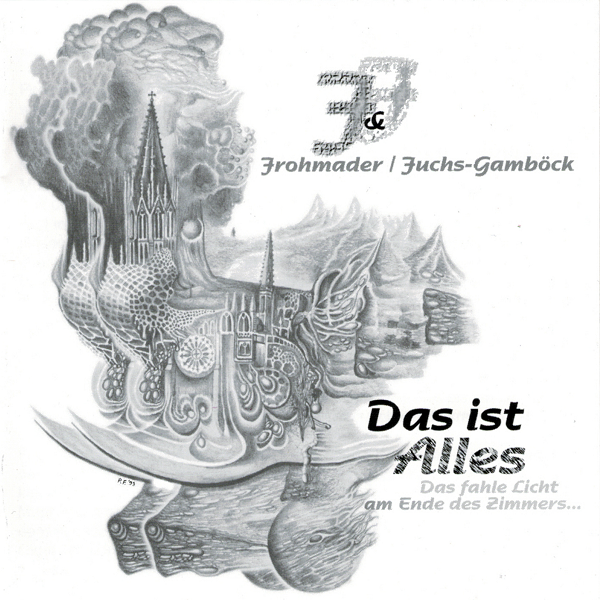 German rock journalist Michael Fuchs-Gamböck and Peter Frohmader met at a Faust concert in 1997. Their mutual interest in Krautrock and experimental music led to a lasting friendship and now a musical collaboration. This CD may be another new direction for Frohmader in that it is a combination of Michael’s existential poetry and Frohmader’s gothic music. The six songs can be considered pieces of a whole that deal with love, life, and death. The first song "Glaube" is a dark, pounding electronic statement with the philosophical statement “I believe that in nothing is everything” weaving in and out. The second song, "Nachts," has a happy uplifting atmosphere, though it is about night. Song three, "Existenz," is quite melodic, making you almost want to get up and dance. Something quite unheard of for Herr Frohmader’s music! All throughout the six songs, Michael’s distorted and processed voice lends an air of tension. If I only knew German I could better appreciate the music. All in all, Das Ist Alles is another great Frohmader release.

Else Teicher - Whored – Very little is available regarding Ms. Teicher, the only information I could find is on the BlRR web site. Apparently Else has been releasing limited run cassettes and CDRs for the past 20 years, and...  (2011) » Read more