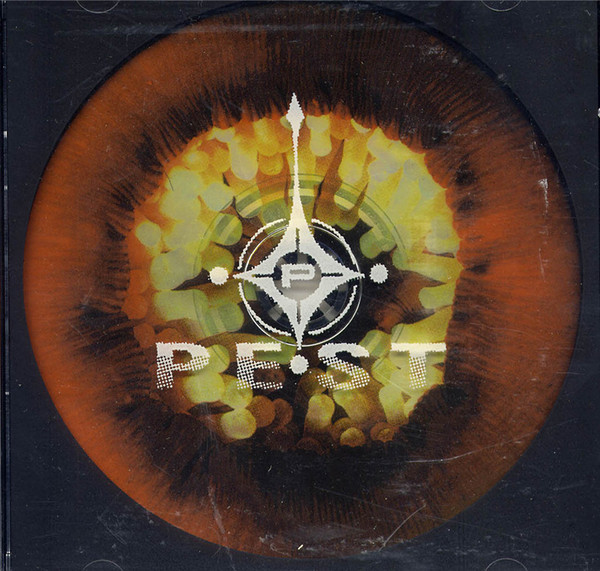 Here's a real surprise. Fans of Crimson's harder edge as well as folks like Kong and Buckethead will want to take note. This Austrian five-piece of drums, bass, cello, accordion, and guitar definitely has its own sound, an edgy and industrial flavor of progressive rock, with plenty of subtle complexities to create a thick wall of snarling musical aggression. Fuzzed cello, screaming distorted guitars and bass, perpetually shifting odd-time meter executed flawlessly by a crack rhythm section, and a propensity for using sound effects to best advantage. Some Euro-folk influences come into play as well, what with the accordion in the lineup. Vocals are nearly non-existent, just some spoken / shouted voices and vocal effects in parts, all contributing to a sense of stark alienation, sinister and foreboding. The brutal edginess of 80s Crimson seems to be the most prevalent reference point, yet Zamla might be a better point of reference for the folkier passages. Pest ratchets that energy level up by a few notches, and takes no prisoners. What surprises the most however, is that this album has been around since '95 and nobody seems to know anything about it! Overall, an outstanding release, my highest recommendation!