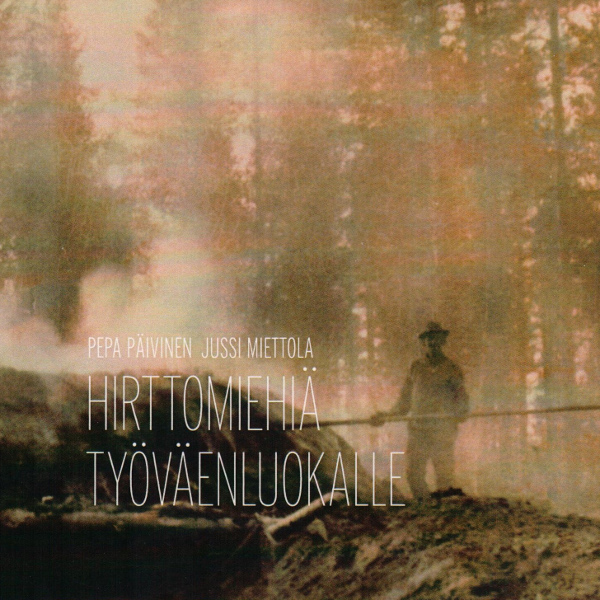 While it may have enough umlauts to make a metal fan salivate, Hirttomiehiä Työväenluokalle is in fact a highly abstract and atmospheric creation involving various wind instruments (Pepa Päivinen) and “sounds” (Jussi Miettola). Miettola plays drums in the duo Good Romans and in various other jazz groups, but here he’s involved in providing atmospheres, manipulation, and settings for Päivinen’s saxes and flutes. These acoustic instruments appear at times relatively unadorned, but are at other times processed beyond recognition into fluttering echoes, distorted growls, and more. There are also plenty of sounds which can’t be attributed to any known source. Miettola is like a sonic mad scientist performing experiments of questionable ethics on his subjects, who have presumably signed release forms limiting his liability for damages. The good news is that for adventurous listeners, the result is a fascinating study in modern improvisation. Päivinen is a free spirit on his instruments, ranging from ordinary notes to unconventional sounds in his playing. Tenor and bass saxophone are listed, along with “flutes,” which seems to include a bass flute and probably other varieties as well. The result of all this craziness is an intriguing soundscape, generally on the serene side in spite of the occasional squawk or screech. Hirttomiehiä Työväenluokalle is an experiment that has escaped from its laboratory, and it’s up to each of us to decide if it’s a monster or a thing of beauty. I’m recently certain that it’s not a cure for cancer, but beyond that, who knows…?