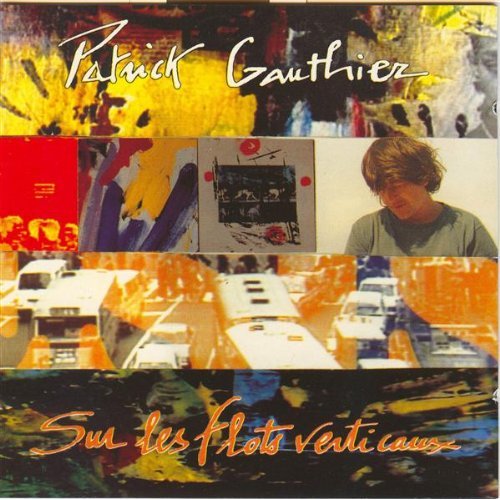 It's been a while since we've heard from Patrick Gauthier (ex-Heldon, Weidorje, Magma) in a solo capacity, maybe ten years or more since he cut his now-legendary Bébé Godzilla. What we find here has far less overall reliance on electronics, and instead a turn in a more jazzy direction - more comparable to the recent outings of Christian Vander's Offering, lots of piano and chorus vocals (provided by Stella and Julie Vander, no less, plus Benedicte Ragu and Alain Bellaiche). There are other familiar names in this lineup as well: drummer Antoine Paganotti is Bernard's son (of Paga, Weidorje and Magma fame). Marc Eliard (of Weidorje) makes a couple of guest appearances on Stick-bass. There is good variety within the music presented across the album's six tracks, from the spirited jazz feel on the title track and "Des Pygmées..." to a more programmed touch on "Le Train Phantôme," and a four minute piano solo in "Odessa." The English lyrics on a couple tracks tend to be a bit uninspiring (two tracks are sung in English, one French, one Greek, and two are instrumentals), which is my only reservation about the album. One track "Eleutheren" is a definite standout - one where everything seems to come together in just the right proportions. Overall, I'd have to say that as an album it only works to a degree; nonetheless there are several excellent tracks herein.

If Time Isn't Here, Where Is It?