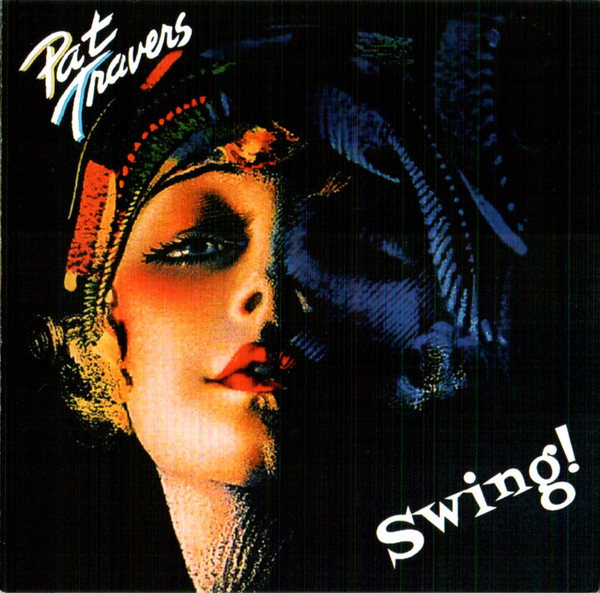 While we’re on the subject of well-known guitarists,Canadian veteran Pat Travers presents Swing! — a set of rocking covers of classic tunes from the swing era, pieces made famous by Benny Goodman, Glenn Miller, Duke Ellington, Tommy Dorsey, Louis Jordan, Woody Herman, and Nat King Cole. The set starts out with a rollicking take on “Sing Sing Sing” arranged for multiple guitars, bass, and drums with just a bit of piano. At less than four minutes, it’s greatly scaled back from the original, with a relatively short guitar solo in the middle, but still manages to get in most of the material. For Dorsey’s “Opus One,” a horn section joins in, though Travers’ guitar takes the lead part. It is an interesting juxtaposition, having a decidedly rock-oriented guitar in such a setting, but it comes off as fun, rather like Brian Setzer’s work. “Is You Is or Is You Ain’t My Baby” is the first vocal tune, and it works fine as a mid-tempo blues rock song. “In the Mood” gets the rock treatment, while “Take the ‘A’ Train” brings back the horns and upright bass. The only other vocal track is “Let the Good Times Roll,” which makes an easy adjustment to this rock arrangement. The set finishes with an instrumental arrangement of “Tenderly,” featuring the guitar in a more melodic mode, almost along the lines of Jeff Beck, along with the big band supporting. Many of the rock guitarists of the 70s dabbled in jazz, like Beck, Gary Moore, and others all jumped into the fusion game, but Travers never did, following Rory Gallagher and Peter Frampton on a firmly rock-oriented path. With Swing! he doesn’t venture far from his core in spite of the source material or the arrangements. But the bottom line is that it’s a lot of fun.

Už Jsme Doma - Pohádky Ze Zapotrebí – If one is wondering how to pronounce the title of the fourth album by this equally unpronounceable Czech sextet, don't feel too bad — the writer is in essentially the same boat. Just call it UJD #4....  (1996) » Read more