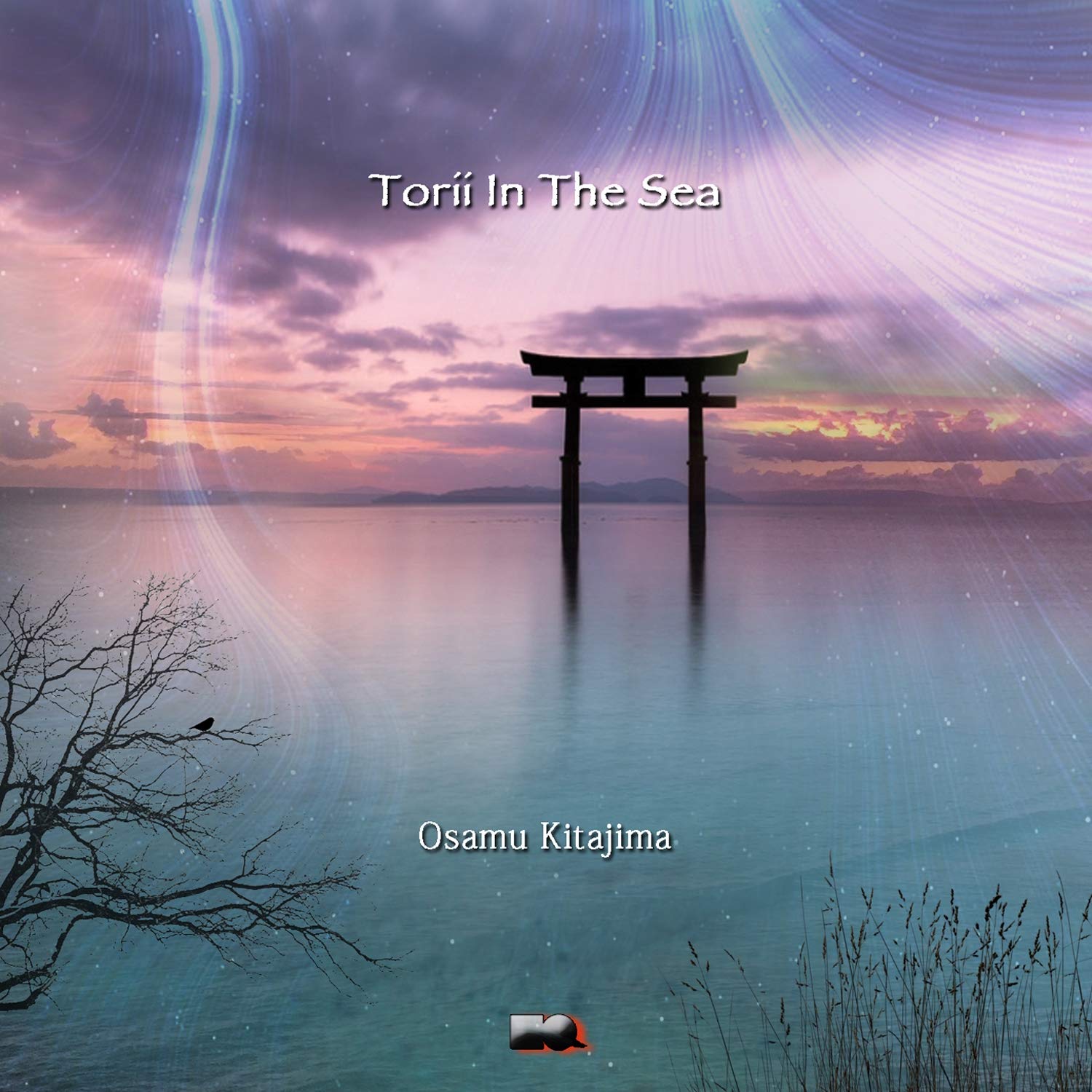 Over the years Osamu has released some of the most stunning music, which would easily include 1984’s The Source, 2013’s Over the Brink, and his psychedelic masterpiece debut Benzaiten. Now, at age 70, with almost twenty releases to his credit, he still maintains an explorative attitude at the forefront in the fusion of Western music and Japanese traditional sounds; some albums are very bold statements, while others are basically western jazz or ambient music with Japanese flavoring introduced by the use of instruments like the biwa, shakuhachi, qin, guzheng, koto, shinobue, and narimono (Japanese percussion). That said, he remains an accomplished guitarist and also a capable bassist and synthesist, and doe to his many years in the production of other artists and in creation of film soundtracks, he has a very panoramic knowledge of all types of music, both western and eastern, popular and traditional. With his latest Torii in the Sea, the seven tracks occupy an area one might call light ethnic jazz, something that would be quite effective as a film soundtrack, with pieces that would be entirely compatible with the music from his earlier releases Masterless Samurai, or the instrumental material from Dragon King. There is a fluent delicacy and tastefulness to many of the cuts here that transcend both Western sounds and Eastern flavoring that discerning listeners will detect in pieces like “Over the Moon,” “Evenfall,” “Lakelet,” and the album’s title track, full of imagery and subtle beauty. “Innocent Dream Walk” even features some understated female Japanese vocals (uncredited) alongside the koto, keyboards, bass, drums, and a superb and expressive guitar solo. The album clocks in at only a little over 28 minutes, though it never fails to soothe the restless soul and spark the imagination.