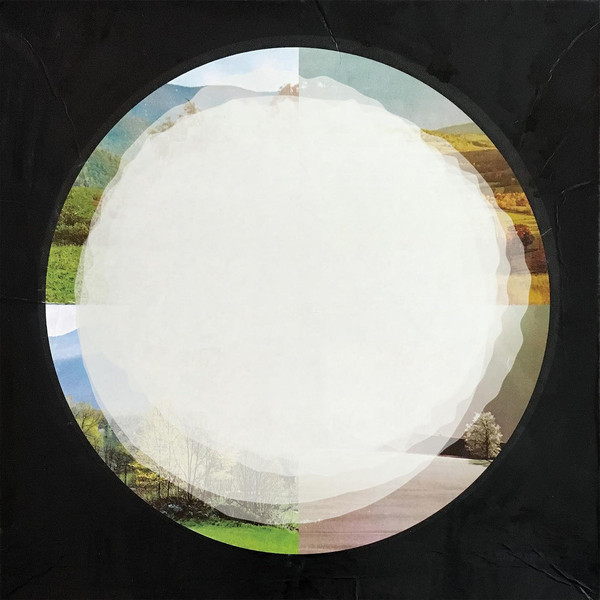 We’ve covered Glenn Branca in these pages before, but Rhys Chatham has so far avoided our attention. Like Branca, Chatham is a modern composer with elements of minimalism to his writing who often uses electric guitars in ensembles. Chatham is particularly notable for such works as “A Secret Rose (For 100 Electric Guitars)” and “A Crimson Grail (For 400 Electric Guitars)” as well as numerous works for smaller groups. Oneida is a New York group known for noisy, often lengthy, improvisations built around driving beats, kind of an updated take on classic Krautrock infused with noise and free jazz. Throw these players together in a studio, and the result is by turns motorik bliss, squelchy stuttering, schizophrenic soundscape, distorted drone, and even trumpet duel (both Chatham and Oneida member Hanoi Jane play trumpet). The tracks were developed out of improvisations, and they all maintain a loose, collective feel, without any player dominating, and they wisely moderate the pieces’ lengths — only one strays a bit above nine minutes. “The Mabinogian” consists of dizzy, distorted chords from slide guitar punctuated by blasts of noise and electronic twitters. But it’s done in a way that has a sensible flow to it, so it works. “Civil Weather” begins with a free tempo and a trumpet backed by droning synths and erratic drums, and ebbs and flows over its four minutes, with shimmering keyboards and occasional guitar stabs, then drifts off into a wash of echoes and reverb. Obviously, What’s Your Sign? is not going to appeal to lovers of melody and clever counterpoint, but in the realm of noise rock, it’s a distinctive flavor with many elements to please adventurous listeners.

Golgotha - Symphony in Extremis – Once a full band, by the first release - Unmaker of Worlds (1990), Golgotha had already scaled down to being the singlehanded project of one Karl Foster. That release, with its four lengthy tracks,...  (1994) » Read more

Dream Time on the Lunar Cape