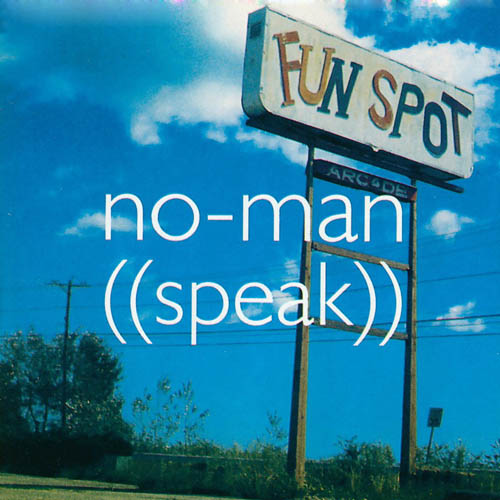 No-Man began back in 1987 as a collaboration between Steve Wilson (pre-Porcupine Tree) and vocalist Tim Bowness. Over the years since then, the band has released a number of albums and EPs, mostly in what might be called an intelligent dance-pop vein, rather like an updated version of Japan or less world-beat Cocteau Twins. The Japan comparison is especially apt since Bowness’s voice sounds quite a bit like David Sylvian’s. In addition to their pop side, the band has always had another face, a lush, romantic, near-ambient sound, first documented on a cassette-only release in 1993 called Speak: 1988-89. Now some of that material is seeing its first appearance on CD, but apparently the band were not content to leave the past alone: two songs from the original have been dropped, and one (a cover of Nick Drake’s “Pink Moon” from the same time period) added. In addition, all of the vocals have been rerecorded, and two of the songs are completely new performances of songs from the original tape. In any case, it makes for a very interesting listen, and there’s no reason the history of it should be more than a tiny note in the credits. The music is achingly beautiful, with occasional bits of edginess, and many inventive arrangements. I’m particularly glad to hear the contributions of former No-Man violinist Ben Coleman (though he’s only on three tracks) — his flashy playing provides a nice contrast to the spacious atmosphere and generally slow tempos. This is great music for moods of quiet alertness, but not recommended for those allergic to reverb.