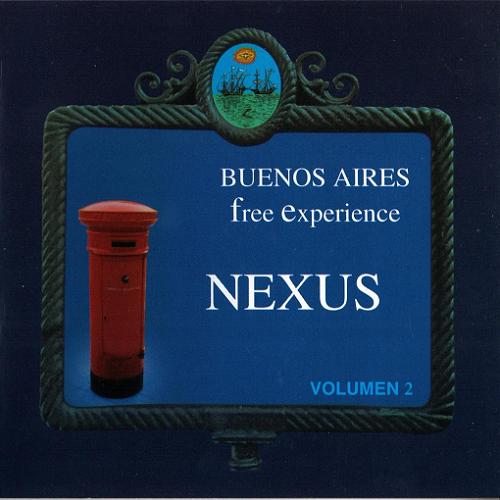 Nexus are a very strong rock quartet with standard guitar / keyboards / bass / drums instrumentation. The idea of the Buenos Aires Free Experience series is to place musicians in an improvising situation, whether they are accustomed to improvising or not. Here we hear the sound of a band that is forced to improvise, and the results are mixed. The first song is nearly 18 minutes long and there is no harmonic movement whatsoever. These fellows are jamming. It's too bad that there isn't some kind of harmonic framework for them to show what they can do with some kind of structure — even just a little bit. The improvisations suffer from a lack of group-think, which is typical of musicians who are not accustomed to doing it. Sure, they are talented players, but they sound like they are in different worlds sometimes. At one point in the song "Servicio de Lounge," both the keyboardist and the guitarist are soloing away when the bass player changes the pedal point. This knocks the soloists for a loop. What to do when soloing in E, and the bass player suddenly plays C? The answer of course is to modulate to a C-related key, but these guys wobble and finally stop playing altogether. A two-person (keyboards and drums) improvisation is much better — there are no harmonic conflicts, only rhythmic ones. Despite the problems with this release, I would like to hear the other records in the series.