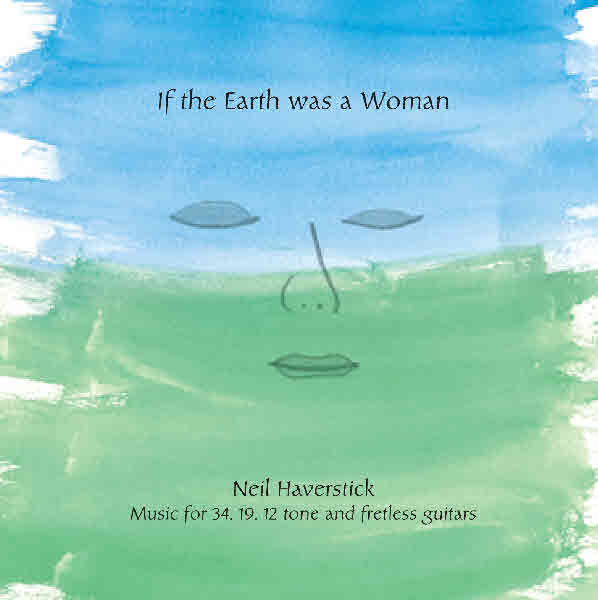 Haverstick is a pioneering guitarist, known for his work in microtonal scales. The two previous releases we have reviewed in these pages — Acoustic Stick and Other Worlds — were each the fruit of singular visions, exploring microtonal registers on Haverstick's 34- and 19-tone electric and acoustic guitars in a completely instrumental format, with and without other musicians. If the Earth Was a Woman follows a number of different paths, perhaps representing Haverstick's wider musical interests. To be sure there are plenty of microtonal workouts here, acoustic and electric, plus several pieces featuring vocals and lyrics, explorations in rock, blues and country. "The Train" is a spoken piece with solo improv acoustic microtonal backing, which leads right into "Big Old Train," a country rocker that might recall the Grateful Dead around 1970 were it not for the strange and magical blistering microtonal guitar solo. One of the disc's standouts is the thoughtful and pointed "Sometimes It's Right (To Kill a Man)" which favors a sort of muted reggae styling with a solid bass groove, and features vocalist Mark Caldwell. "Microseconds" is a dark and heavy instrumental rock monster that drives along seemingly changing key at will, falling into free ambient improvisation and back again, creating one of the discs most eerie pieces — perhaps this is what King Crimson would sound like if all their frets were taken away! In all, this is Haverstick's calling card, exploring a number of new and different directions.