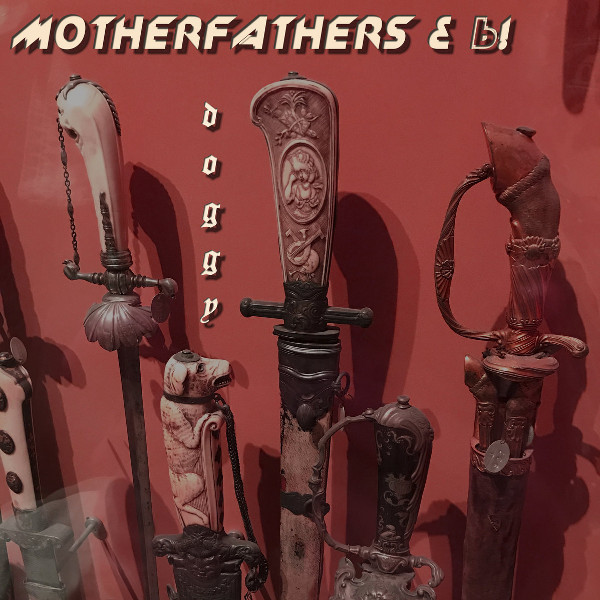 Motherfathers & b! is the Moscow trio of Dmitriy Syrtsov on drums, Dmitriy Peitsch on guitar, and Maxim Elizarov on electronics. This 24 minute album is basically one long improvised jam where the band has arbitrarily decided to divide it into eleven separate tracks with names that do not appear to have any relevance to what you hear. Some “music” is really hard to listen to, and Doggy is one of those albums. And this album was spontaneously recorded live in concert, but there are no audience sounds, so perhaps they drove off everyone with their distorted clanging, banging guitars, noise, and utter chaos. This is a difficult listen, with self-indulgent playing resulting in bleeding ears and general malaise. Their Bandcamp page is generous in labeling them as acid rock, avantgarde, experimental, improv, jazzcore, neopsychedelia, noise rock, progressive rock, stoner rock, etc. Looks like they just chose those keywords to lure people to their page. So caveat emptor, if any of those labels, other than noise, appeal to you, this album is not for you.