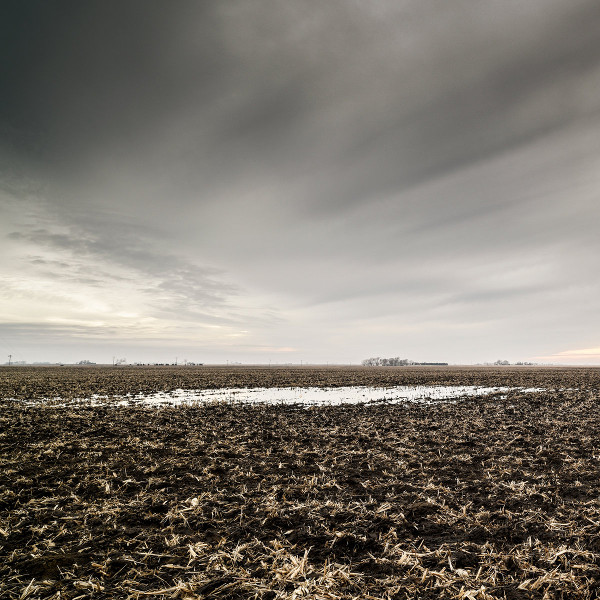 Moon’s third album presents me with what may be the reviewer’s worst dilemma. I really like it, but I’m having trouble articulating why. To my mind, why is the essence of a review. Anyone can give you a thumbs up or down on an album, or even a number of stars out of five, but to describe it in a way that gives you a clue whether you’d like it too — that’s what reviewing is all about. (At least on a practical level — there’s also a category of reviews that ascend to a kind of art if the language is superior.) Moon is a Chicago band with two previous albums to their credit, neither of which I’ve heard. Musically, I’d draw a comparison to early U2 for the way the bass (Chris Shen) and guitar (David Azizinamini) interact, with the guitar often laying down textures as much as playing conventional chords, though the drums (Chris Schneberger) have a lighter touch than Larry Mullen ever has, with more emphasis on snare and hi-hat than on toms. There are times when Shen’s bass fills in the chords and Azizinamini’s guitar is laying down echoing lines consisting of one or two notes. Azizinamini handles the vocals as well, and while his voice is quite high-pitched, his intonation and expression are good. A quick (and cheap, to be honest) comparison would be Geddy Lee fronting U2. Anyway, Moon is a band with a sound of their own, with good, catchy songs, and they’re well worth checking out for those looking for something new in American rock.

Machiavel - Virtual Sun – I'm not even a big fan of Machiavel in their "classic" phase, circa Mechanical Moonbeams. Even then the group's proto-neo-progressive / mainstream symphonic rock style does little to...  (2000) » Read more