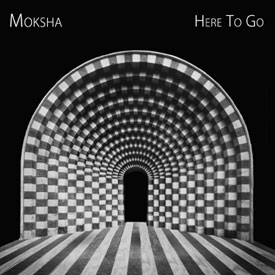 A surprisingly superb second release from this Las Vegas based quintet (g,b,d,k,voc), finding a musical home somewhere between rock, funk and jazz, with some solid bluesy and progressive elements in the mix. Lead vocalist Sam Lemos is the band's focal point, a powerful singer with a strong bluesy persona, but a couple of the other members get a chance to sing lead also, track depending. The basic band is augmented by a four-piece horn section on many of the tracks, upping the funk factor to a headcount of nine. They cover a lot of territory over the album's twelve cuts, with some cutting towards a jazzy sort of Allman Brothers type sound, others in a more grooving funk style, some spirited psychedelic jams, laid-back songs with a powerful drive, solid progressive elements, and all points between and beyond. The unifying factors are strong melodics, a powerful groove, and high-octane musicianship throughout. The band is just as comfortable supporting the singers as they are on several great instrumental flights, and there's enough of everything here that the band is always going somewhere new with every song – it's one of those albums that keeps surprising with new revelations at every spin.