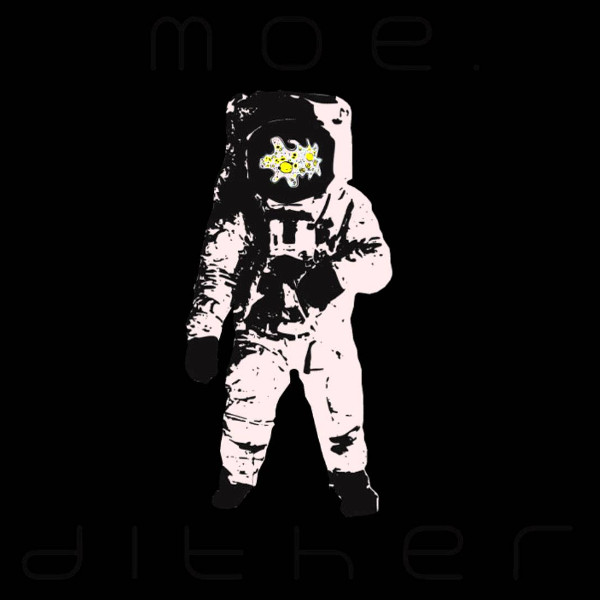 moe. returns to the studio to find a new collection of tunes, rejuvenation and even a notch forward into jam stardom. 1999 saw the band extend the grooves of their live stage persona about as far as they could go with L so it's good to see the band return to shorter, crafted songs. Dither kicks off with a set of accessible rhythmic tracks and soulful R&B based pieces such as "Captain America." The bulk of the songwriting is split between seven tracks from bassist Rob Derhak and four from guitarist Al Schnier. A few ballads balance the song mix including the country-fried "Faker" with supporting slide guitar and violin, and the acoustic based "New York City." The band used many US recording locations to assemble the disc including San Francisco's Coast Recorders and upstate New York's Bearsville studios. Thus the recording environment server to give the band an equal footing to Phish's recent Farmhouse and has some potential radio airplay tracks, such as "Water" and "Tgorm" with a blistering guitar solo. The most unusual track is the cover of Big Country's anthem track from 1983, "In a Big Country." Without the dated keyboards, it serves up a high energy level for the group to schedule a year of endless touring in support. Look for the quintet on the road across the US this year – an endless groove is promised indeed.