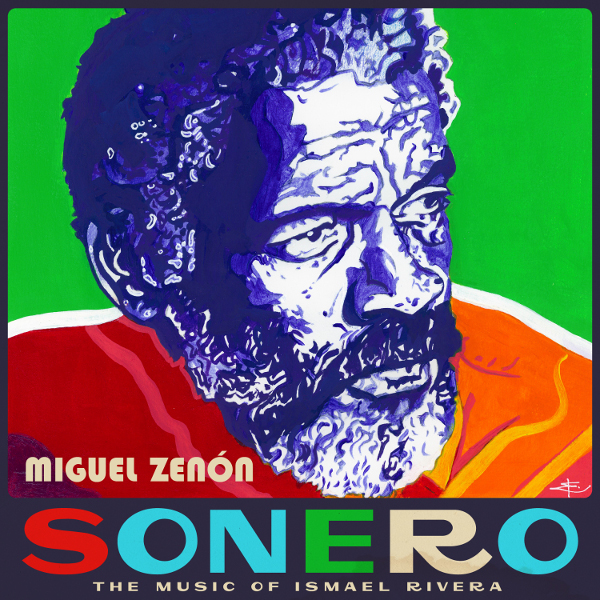 Alto saxophonist Miguel Zenón’s Sonera presents arrangements of music associated with Ismael Rivera, a Puerto Rican singer and composer whose career began in the early 50s. Rivera was a towering figure in salsa music, and is officially honored in Puerto Rico by yearly recognition of his birthday and a statue in his hometown. The stage is set by a brief vocal tune with percussion, then Zenón and crew dive into “Quítate de la Vía Perico,” rendering the classic salsa tune almost unrecognizable but creating a great jazz track with only hints of latin influence. The quartet features Zenón with Hans Glawischnig on bass, Henry Cole on drums, and Luis Perdomo on piano, stellar players all. Perdomo’s piano solo on “Quítate” is outstanding, capturing a lush melodic sense along with advanced harmonic understandings that skirt the edges of tonality without going too much beyond. Zenón’s playing is great as always, bridging the sweetness the alto is capable of with more gritty tones that keep it real. “El Negro Bembón” is another standout, breaking the song’s lines between the instruments into a kind of rhythmic counterpoint which shows Cole in fine form, hitting the complex accents while maintaining a dizzying flurry of hits. I can’t even imagine how they manage Zenón’s take on “La Gata Montesa,” which seems to change speed with almost every phrase. It also features one of Glawischnig’s better solos, nimble and creative with just the right touch of blues phrasing. 2018’s Yo Soy la Tradición featured sophisticated writing for string quartet, and Zenón brings the same skills to bear on Sonero.

Relayer - A Grander Vision – Walking a fine line between progressive and straight ahead rock, Relayer flirts with both these styles but never strays too far toward the progressive side of the spectrum. Vocalist John Sahagian...  (1996) » Read more