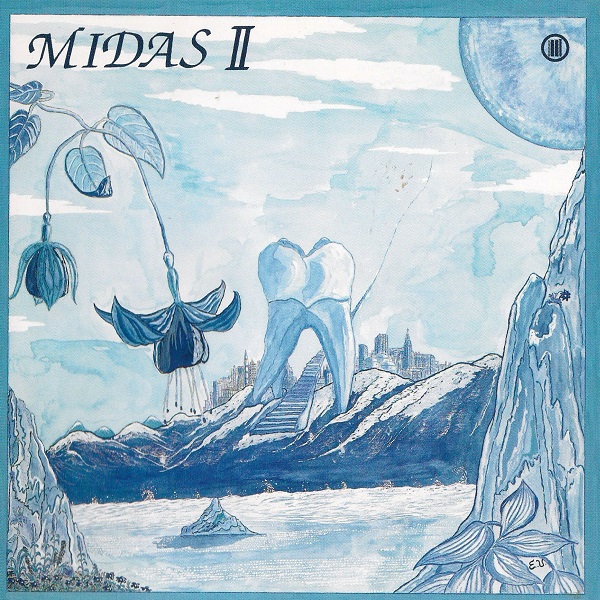 As one of the several Japanese symphonic rock groups of worthy note, its good to see that Midas have released a second album, as their Beyond the Clear Air was one of the better in a genre of often-awkward European copies. Midas has a line-up that includes a violinist and keyboard player of high caliber, and its often this interplay that makes their music so noteworthy. The keyboard player has a way of surpassing the often tinny and synthetic sound of so many Japanese symphonic groups and his orchestrations often verge on the lush and sumptuous. Their second album is a lot like their first, maybe not quite as good, yet I can imagine a lot of people liking this one. Those uncomfortable with that incredibly high tenor range (more like soprano) that male Japanese vocalists can reach will probably have to hold tight, yet the long instrumental sections is what put this group in a more noticeable category. But what I don't understand is why their keyboard player isn't half-naked on the front cover...