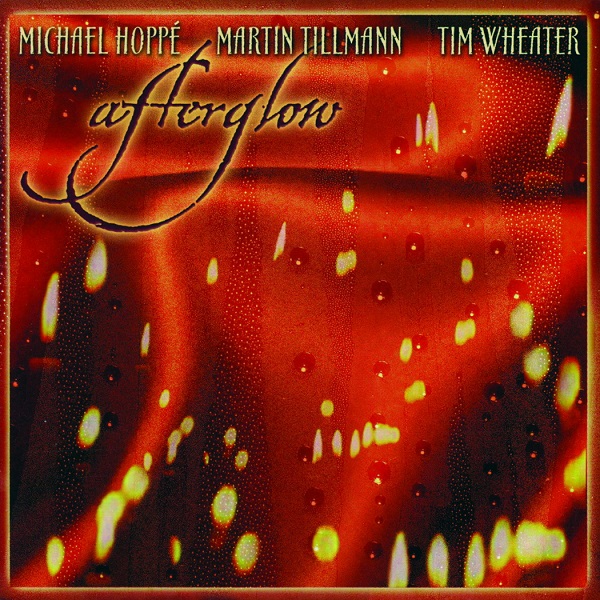 Afterglow is the combined musical energies of cellist Martin Tillman, flautist Tim Wheater, and keys player Michael Hoppé. For the most part, the music is a spacious and somber affair, synthesizer chords and environmental effects setting up a background for the mournful sound of the cello. When it’s just Tillman and Hoppé, the pieces are closer to a new age chamber music, but with the added sonics of Tim Wheater’s flutes, the sound approaches a Native American-influenced music closer to that of Coyote Oldman. While the music never gets as ambient as that flute duo, the musicians’ combined restraint gives it plenty of dynamics, easily receding from a majestic flute or cello line to the low environmental effects or synth patches. Of the 13 songs, most are quite beautiful, although many are in a melancholic and plaintive mood. The music approaches a sweetness that this reviewer occasionally finds cloying, yet overall, this set of improvisations is nicely done, recommended to those with the taste for more contemporary instrumental sounds.