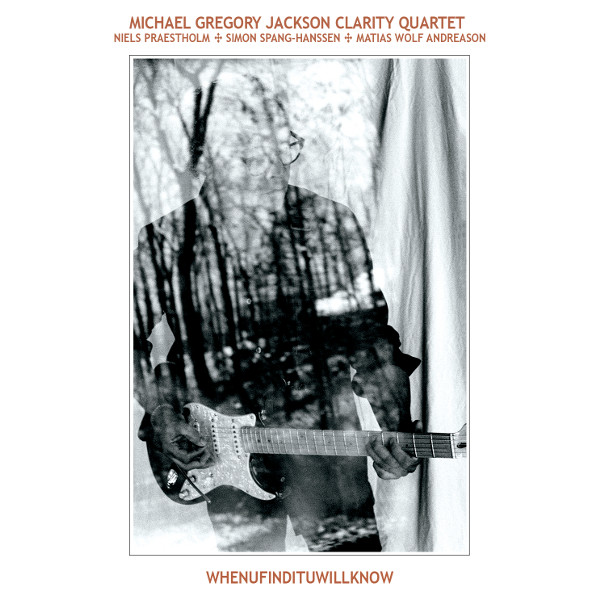 I first encountered guitarist Michael Gregory Jackson a couple years ago on Wadada Leo Smith’s Najwa album, though in that session he was working alongside three other guitarists, so I’d have to say his playing didn’t stand out — certainly I expect Smith wouldn’t hire someone who wasn’t up to snuff. With the awkwardly titled WHENUFINDITUWILLKNOW, I finally got a chance to see what Jackson is capable of when he’s in the driver’s seat. His career features quite a wide variety of work, from years with various jazz leaders on the free side to pop, R&B, and soul, and some of that breadth is displayed on this album. Jackson is a very distinctive guitarist who favors clean tones, though not without full body, and likes unusual chord voicings that include some dissonant intervals. He does occasionally add an edge of distortion to his tone, and his way of bending notes (I’m guessing both string bending and whammy bar are involved) is at times a little reminiscent of Mark Wingfield, though Jackson also has some of the frenetic energy of Raoul Björkenheim. This quartet includes Niels Præstholm on bass, Simon Spang-Hanssen on alto and soprano saxophones, and Matias Wolf Andreason on drums, all of whom are Danish. Spang-Hanssen has a discography going back to the 70s, notably including work with Nguyên Lê, but I’m otherwise unfamiliar with his playing. Given the evidence at hand, he’s a flexible and talented player, able to blend gritty blues licks with avant-tinged elements. Andreason is great on the drums, with standout moments on most every track, and incorporates ideas from outside jazz into his rhythms. Præstholm’s upright works nicely to keep the music grounded. Fans of jazz guitar who don’t have Michael Gregory Jackson on their radar would do well to check out this album — he’s a player with a voice of his own that seamlessly blends accessibility and experimentation.