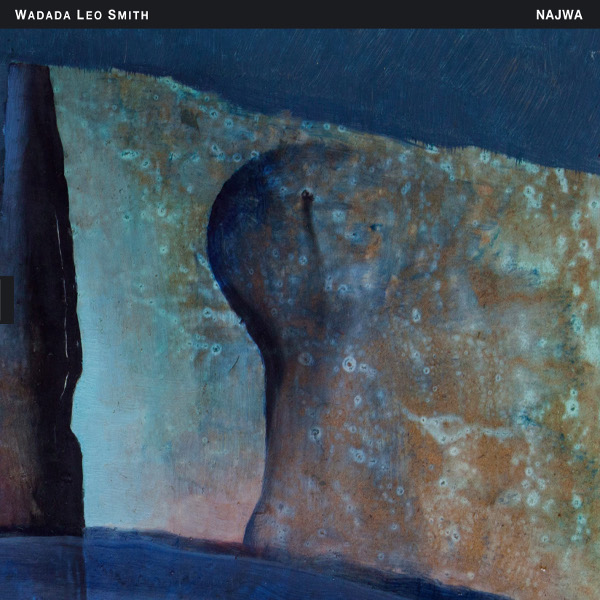 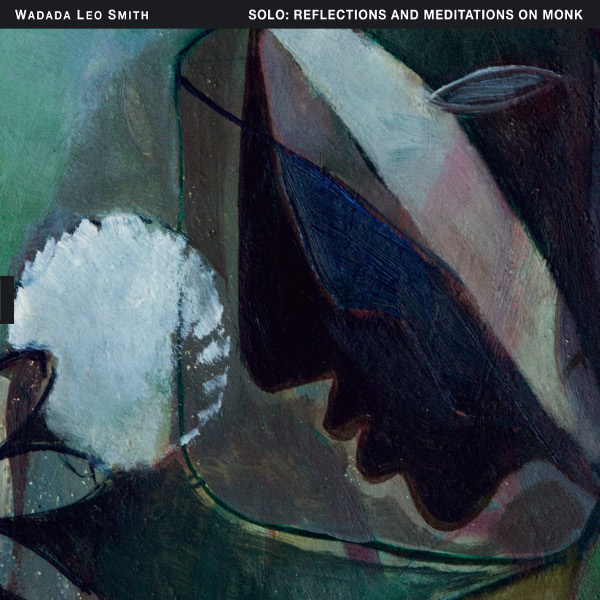 These two recent releases by trumpeter Wadada Leo Smith present very different sides to this many-faceted artist. Najwa is a group outing with eight musicians; Solo is, as the title implies, a one-man affair. Both are explicitly dedicated to jazz greats, with tracks on Najwa inspired by Ornette Coleman, John Coltrane, Ronald Shannon Jackson, and Billie Holliday, while Solo is subtitled Reflections and Meditations on Monk. The group album starts with “Ornette Coleman's Harmolodic Sonic Hierographic Forms - A Resonance Change in the Millennium” (all of the pieces have similarly worded titles except the title track), and we hear Smith’s trumpet accompanied by free-roaming drums (Pheeroan akLaff), percussion (Adam Rudolph), and electric bass (Bill Laswell), along with four guitarists (Michael Gregory Jackson, Henry Kaiser, Brandon Ross, and Lamar Smith). There’s a brief statement of theme, and then they’re off running. The guitarists do an amazing job of staying out of each other’s ways, and most of the time you’d be hard pressed to pick out notes from more than two. You’ll hear indistinct noises mixed in the background which likely originate from guitars, occasional sparse chording, and solo lines of varying degrees of distortion and sonic processing. After about seven minutes, the bottom falls out and we’re left floating in space with sustained chords drifting in and out of focus to back a great solo from the trumpet, tossing off melodic fragments into the ether. When a guitar solos, it is far from conventional, tending to the abstract and impressionistic rather than standard scales and tones from either jazz or rock. Laswell’s fretless bass is also heavily processed, with occasional melodic lines in higher registers. The other long tracks are similarly creative, with the Billie Holiday tribute (“The Empress, Lady Day - In a Rainbow Garden, with Yellow-Gold Hot Springs, Surrounded by Exotic Plants and Flowers”) finishing off the set on a contemplative note, infused with an abstraction of the blues without actually sounding like a blues tune.

Solo presents a daunting listening experience: nearly an hour of unaccompanied trumpet. The inclusion of some well-known Thelonious Monk tunes is an anchor to keep the set from drifting aimlessly. “Ruby, My Dear,” “Reflections,” “Crepuscule with Nellie,” and “‘Round Midnight” are interpreted by a master, taken far outside the bebop context in which they first appeared. Smith’s four original tunes offer up similar feelings and themes, with titles like “Monk and His Five Point Ring at the Five Spot Cafe.” Whether playing with open bell or with a mute, Smith sticks to the melodic side of his instrument, never venturing into avant noise-making. These are thoughtful meditations on Monk’s ideas, not excuses to show off superhuman technique or unconventional sounds. This is not his first recording to be a one-man show, but it is the first to feature only trumpet, as his previous solo ventures involved various other instruments (flugelhorns, flutes, marimbas, gongs, and so on) as well. Certainly solo trumpet music will not be to everyone’s taste, but Smith has an appealing tone and a beautiful melodic sense that rewards careful listening.