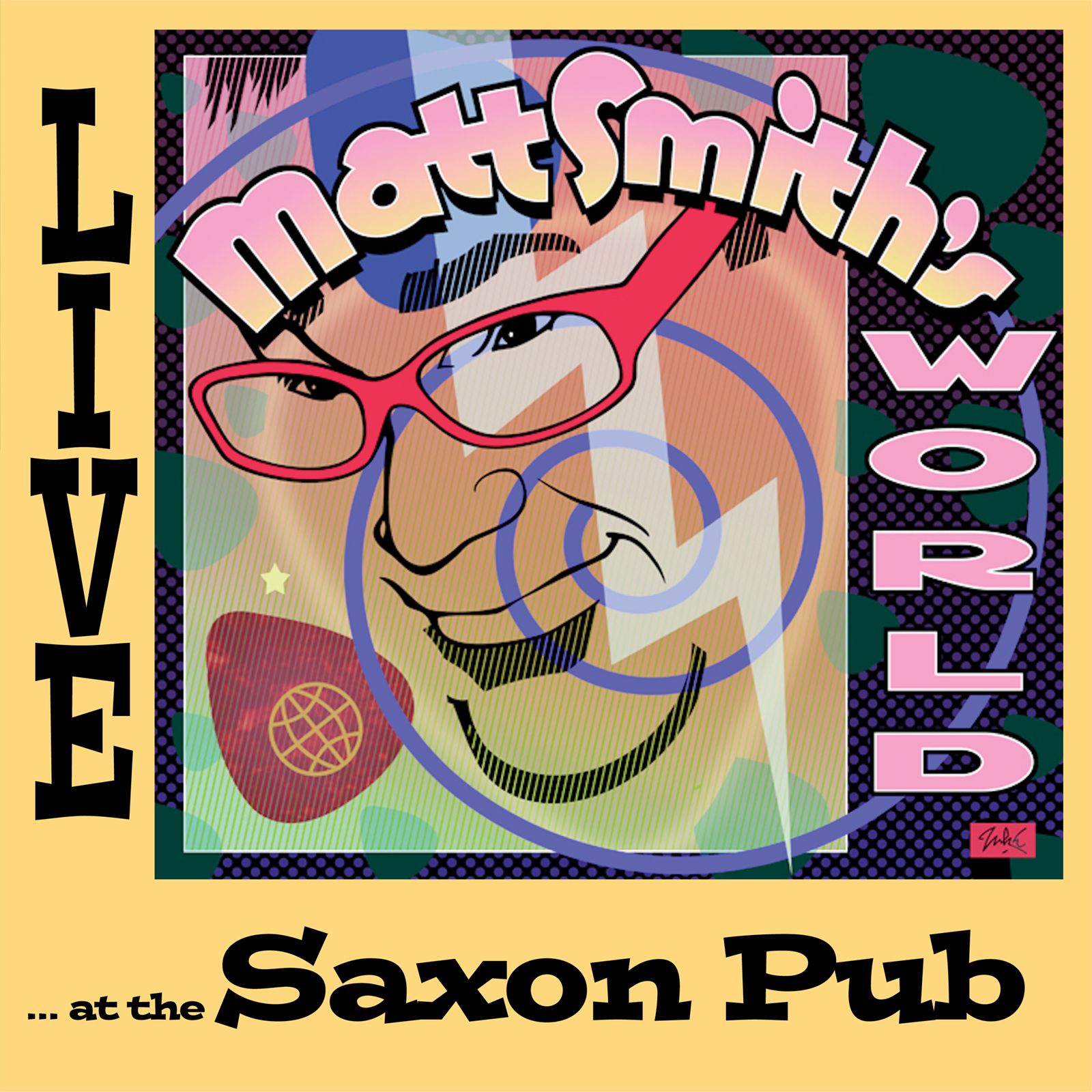 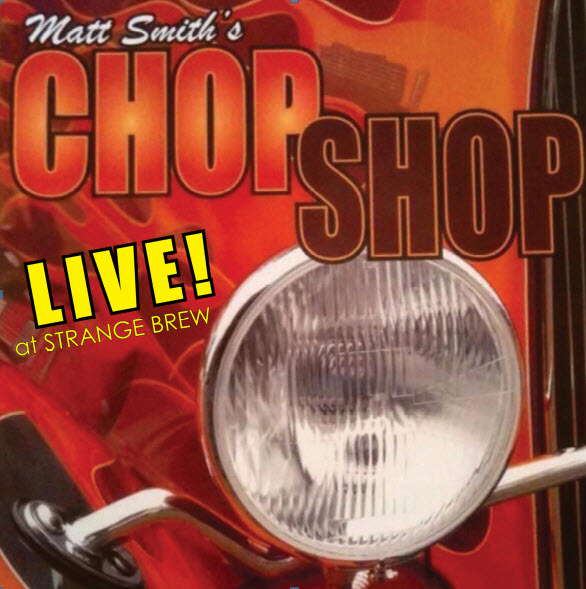 A few weeks back when I reviewed Matt Smith’s two new studio releases Parlor and Being Human.,I mentioned that those were only two of eight concurrent albums all released on the same day. Now come the two live albums, featuring two bands he regularly gigs with in the Austin, Texas area, and those two groups couldn’t be more different, though equally excellent. Matt Smith’s Chop Shop Live at Strange Brew is a trio of Smith (guitar, vocals, lap steel, mandolin, and all of the original songwriting), bassist Ed Freidland, and drummer Bryan Austin. The venue, Strange Brew, is in South Austin, where the band held a weekly Sunday afternoon residency. Since there are no recording dates provided, one is left to assume that the ten recordings are not all from the same date, especially given that the first song, a surf instrumental titled “Tough Guy / Tsurfin the Tsunami,” is actually the last song of a set, after which Smith announces that the band will be back the following week. With a band name like Chop Shop one can bet there are some serious chops going down here. The second number is a vocal tune, “Trust Yourself,” some parts of which bear resemblance to ZZ Top’s “Cheap Sunglasses,” though every player in the group gets their moment in the spotlight, and what an amazing bass solo by Freidland! On the slow bluesy number “Shades of Grey,” Smith shreds the fretboard numerous times along the song’s seven and a half minute duration. There are some great cover tunes here as well, one of the best being the old James Brown tune “I Feel Good,” offered at a slower tempo; Smith and company truly make the song their own. The same could be said for the late Tony Joe White’s “Rainy Night in Georgia” and the nearly ten minute version of Stephen Stills number “Love the One You’re With” with an extended solo section where Freidland and Smith both turn in some bristling power. The Smith original instrumental “Too Much / Smell My Mandolin” is a bombastic eruption of blistering solo work that freely quotes “Day Tripper” before it moves out into a jazzier realm with a great solo spot by Austin, followed by Smith’s electric mandolin number. End to end, the ten tracks here represent a superb live set by this outstanding trio.

Matt Smith’s World is a six-piece band that features an entirely different set of players, where everyone sings except the drummer, and Live at the Saxon Pub was recorded during the band’s weekly residency there. Their sound is a bit more straightforward pop-rock and a barrel of fun to boot. The group is Smith on guitars, mandolin, and vocals, keyboardist / singer David Webb, drummer Ernie Durawa, Joe Morales on saxes, flute and vocals, Mark Epstein on bass and vocals (with whom Smith shares a couple of the songwriting credits), and Aaron Lick on steel pan, percussion, and vocals. The saxes and steel drums add a lot of flavor to their sound, and there are plenty of great solo spots for both, as well as for Smith, Webb, and the others. The opener, “Struggle On,” sounds a bit like something Todd Rundgren might have done in the early 70s, while “Dance with Me” bears a strong Caribbean flavor and, like the title suggests, a supremely danceable number, especially with all the percussive elements going on. The eight minute “Junkie for Your Love” dates back to one of Smith’s earlier bands and their album Meet the Monstas, a supremely fun romp featuring accordion and steel pan with a beautiful sax solo. Listening to this set, the band embraces a number of different styles, but shies away from the harder-edged blues rock of Smith’s trio. The funky eight minute instrumental “Jazzhaus” lives up to its name and features amazing solo spots for steel drums, sax, and organ. For the record, there is only one cover tune among the album’s nine tracks, and again it’s Stephen Stills’ “Love the One You're With,” a similar style to the one by Chop Shop, but with all the additional instrumentation of the sextet in the arrangement, and more powerful vocals, the song really explodes with intensity. The initial measures of closing instrumental “Hot Club of Brooklyn” are vaguely reminiscent of an Irish jig, but the tune really gets moving when it hits a Django Reinhardt-like swing. There’s a lot of great writing and musicianship across these two live sets, definitely worthy of attention.