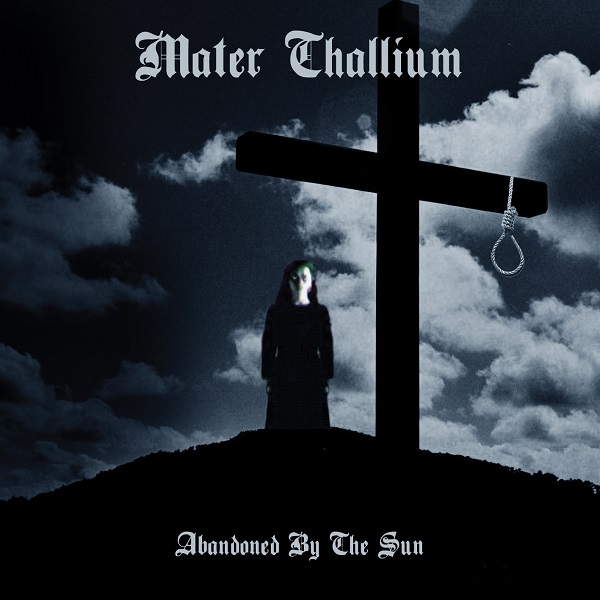 Abandoned by the Sun, subtitled the album to end the summer, is the new album by Scandinavian band Mater Thallium. This is a concept album about the dubious disappearance of a 15-year old girl causing a downward spiral and ripple effect that threatens to ruin the lives of everyone close to her. This progressive and adventurous album alternates between brutal doom and sublime passages. The disc opens with “Sudden Dereliction” to the sound of sea gulls, rusted hinges, and pastoral flute, to be replaced with heavy metal doom guitar. I find the second track “Suicidium” to be one of the best on the album. It is a pseudo-requiem with a male and female chorus and organ. “Exiled Witness” begins with the sound of an opening door and footsteps leading to Mellotron strings and guitars. This song alternates between dark sinister moments and quiet passages, much like a King Crimson arrangement. Another strong song is “Maternal Mortality.” This song is beautiful in its dreaminess and brutality. There are many other sinister elements throughout adding to the despair of losing a child without getting any answers. The album closes with the nine-minute “Finite” that gives some glimpse into what really happened that fateful day, but leaving it sufficiently open to interpretation. In 2013 Erik Andås (bass and backing vocals) and Geir Venom Larzen (guitar, drums, and vocals), two members of the Procosmian Fannyfiddlers, got together with Håkon Markussen (keyboards and backing vocals), Petter Falk (lead vocals), and Mette Jensen (vocals and flute) to form Mater Thallium. After their debut release last year, they immediately began work on Abandoned by the Sun. Given this prolific output, I expect to be hearing more of their old-school heavy prog rock in the near future.