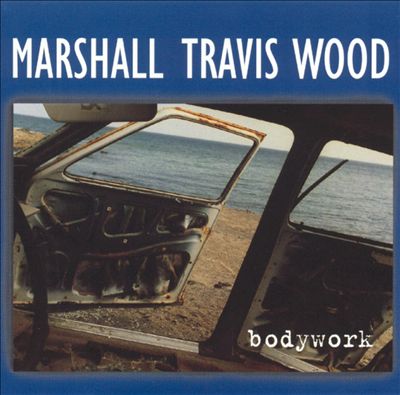 Guitar, sax and drums: an unsafe collaborative ground for three noted jazz players on their first album, Bodywork. John Marshall is familiar to those who recall his skilled drum work from Soft Machine 5 throughout the group’s later catalog. While Theo Travis is known from his live work with Planet Gong and sessions with Bill Bruford (among other more traditional endeavors), guitarist Mark Wood is the least known of the trio. Despite any pedigree, how these active listeners interject and communicate is the crux of a unique blend of both furious and intricate performance of musical juxtaposition. At times it’s to difficult to determine who has the melodic focus since it shifts so quickly between rhythm and counterpoint. Wood typically provides both jagged and textural backing as Travis crisscrosses the melodic landscape in a free flowing cascade of sixteenth notes over a steady delicate pulse. The guitarist’s delivery expels a rickety metallic ambient approach not unlike Elliot Sharp or David Torn. ECM ballad-like pieces such as “Eyes Like the Sun” and “Freefall” recall Terje Rypdal’s work by emanating a somber introspective mood amid eerie backdrops. “Speed” is probably the most successful sound experiment with Wood adding high atmospherics behind Marshall’s rimshots and Travis’ brash tenor sax. The punk jazz of “Gonzo” exhibits an Ornette Coleman / Material influence, driven by Wood’s fragmented jarring quarter note stabs. On this all improvised disc, this combo provides an eclectic interplay unlike any trio I have ever heard. I am certain a live show would be worth its weight in chance and electricity. The disc is highly recommended for fans of aggressive jazz improvisation (Laswell / Zorn) at its most challenging without total alienation.