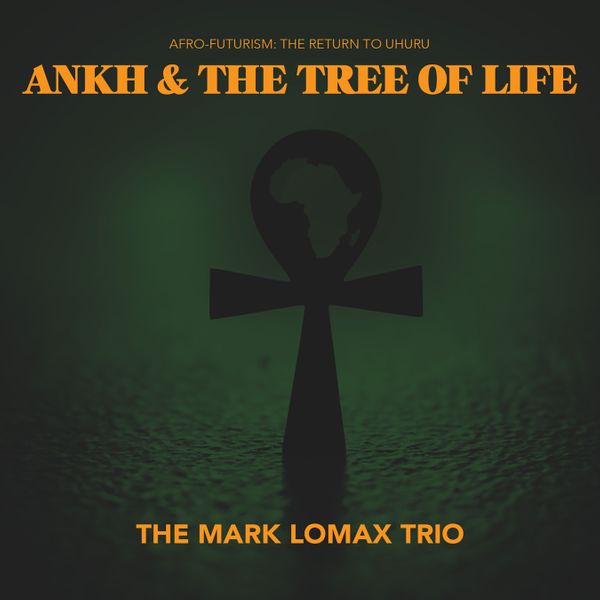 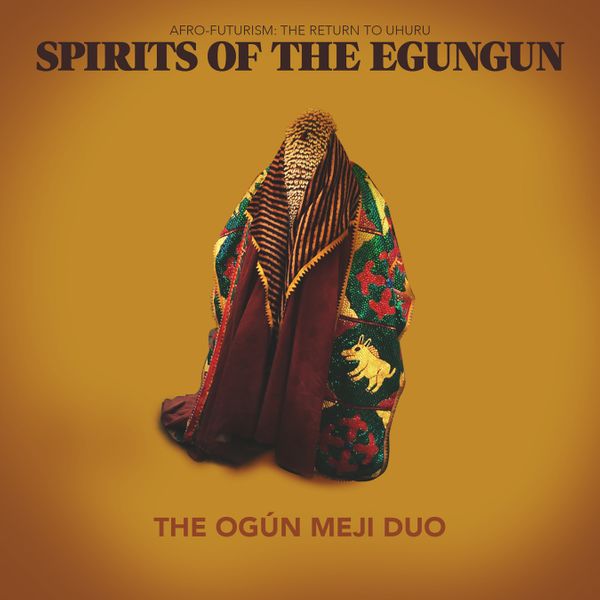 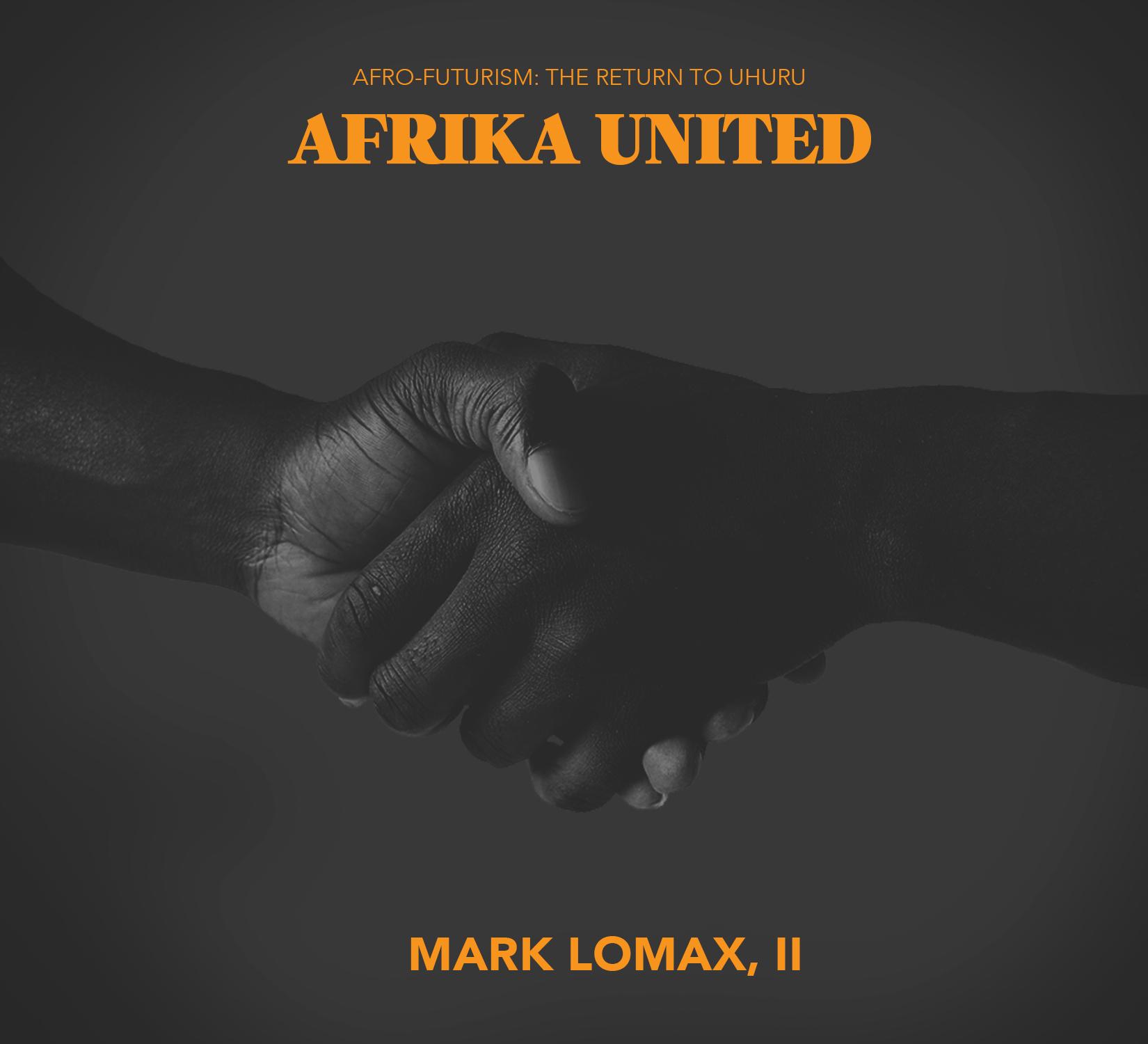 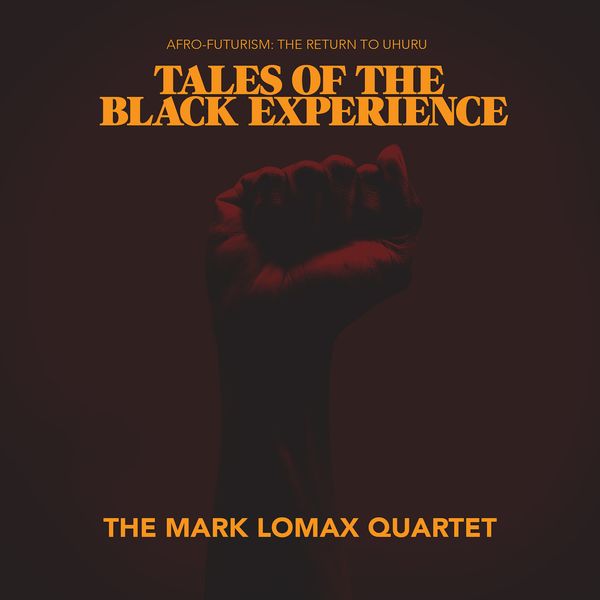 We now arrive at the final section of Mark Lomax’s massive conceptual work, 400: An Afrikan Epic; volumes 9-12 are collectively called Afro-Futurism: The Return to Uhuru. Tales of the Black Experience is Volume 9, and features Lomax with his regular quartet: William Menefield (piano), Dean Hulett (bass), and Edwin Bayard (tenor sax). This set starts with a drum solo, a fine example of Lomax’s engaging and melodic use of the drum kit. The ensemble then launches into “The Coast of Afrika,” a fine piece that alternates between a jazz waltz and a great swinging 5/4 rhythm. All the players work to bring this together as a great example of the life that can still be found in acoustic jazz that holds onto traditions without being smothered by them. “Middle Passage” is a lengthy impressionistic piece which features a sound that has been recurring throughout the previous volumes: a scraping noise from the bass that imitates the groaning of the wood of a ship at sea. Hulett uses it as part of a collective improvisation that features erratic bursts of notes from Menefield and an insistent, minimalistic beat from Lomax, with occasional phrases from Bayard. The remaining seven tracks on this CD visit a number of jazz idioms, from blues to modal to wild improvisation, and it stands as a solid album in its own right. John Coltrane’s early 60s recordings provide a good point of comparison, and while in some ways the music is more conventional than some of the other volumes, it’s no less impressive.

Ankh and the Tree of Life drops the piano for a wide-ranging trio set consisting of two longer pieces: “Ankh” at 23 minutes and “Tree of Life” just shy of eleven. This is much freer, flowing from section to section, all of which are loosely composed frameworks for improvisation. The following CD, called Spirits of the Egungun, further reduces the ensemble to just Lomax and Bayard, known as the The Ogún Meji Duo. Once again, Lomax begins with a drum solo, this one in an introspective mood with soft mallets. When Bayard comes in, Lomax switches to brushes. In this context, the music flows forward, and all form is discovered spontaneously. It’s impossible for a listener to know what plans were brought into the sessions. Certainly both players return to “themes” of sorts, or perhaps “motifs” is a better word. In any case, this set is fairly removed from the relatively concise tunes on Tales of the Black Experience. It’s an explosion of creativity, but not for casual listening.

Further paring down the ensemble, the final volume of the set, called Afrika United, is Lomax on his own, 40 minutes of solo drums in four tracks. The unique style Lomax has developed is on full display, using the toms melodically and incorporating rhythms for Africa, Latin America, and jazz into a distinct hybrid. As with much of the other music in the epic, there seems to be a mixture of composition and improvisation. I suppose that an album of drum solos is something that a lot of people are not going to go for, but Lomax is not at all a typical drummer, so it’s certainly worth checking out.

This brings to a close the 12CD conceptual project of Dr. Mark Lomax, II. He has presented a wide range of music, from free improvisation to inventive chamber music. And while it’s true that some of this music originally appeared prior to be packaged into 400, it’s a massive achievement and should establish Lomax as a considerable force in American jazz.